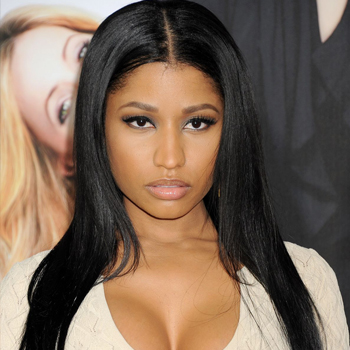 One of the most famous and fashionable icons who rules the U.S charts and Billboard, Onika Tanya Maraj, better known by her stage name Nicki Minaj is an American rapper, singer, songwriter, actress and currently also an entrepreneur. Nicki Minaj is a huge name in the music industry and is known to almost all the kids and adults after throwing super hit albums and singles.

Nicki Minaj is the first and only female rapper who is constantly featured on Forbes Hip hop Cash Kings List. Nicki is best known for her animated rapping style particularly her flow. Nicki has worked with various artists of her era and has produced numerous songs.

Nicki Minaj has signed Young Money Entertainment with many other singers and rappers involved. Nicki is not only famous for her singing but is known for her peculiar costumes and a wide range of wigs.

Born on December 8, 1982, in Saint James, Trinidad, and Tobago, Nicki Minaj was named Onika Tanya Maraj by her mother Carol Maraj and father Robert Maraj. Nicki is of mixed ancestry which includes Indian and Afro-Trinidadian. Nicki has three siblings.

Nicki had a disturbed childhood with her father constantly drinking and using drugs. Nicki recalls that once when she was small, her father tried to kill her mother by setting the house on fire. Nicki thus stayed mostly with her grandmother in Saint James and was visited by her mother only a few times.

Later she and her mother went to Queens, New York. That was the time when her children started to trouble Nicki and to escape from the personal life mess she started writing lyrics and singing it. During her elementary years, Nicki attended P.S. 045 Clarence Witherspoon School and then later attended Elizabeth Blackwell Middle School 210.

Nicki’s mother had various professions and one of them was a gospel singer as well so Nicki decided to join LaGuardia High School that specializes in music and the visual and performing arts. Nicki had wanted to become an actress as well and was cast in the Off-Broadway play, “In Case You Forget” in 2001.

But unfortunately, Nicki’s acting career did not do as well as she planned. Then at the age of 19 Nicki worked as a waitress and was eventually fired from her job. Nicki took up many jobs like administrative, a s sistant worker, office manager, but was eventually fired.

Then Nicki moved on to pursue her career as a rapper thus she briefly signed with Brooklyn group full Force in which Nicki rapped in a foursome group called The Hoodstars. Nicki was dissatisfied by the unsuccessful group thus she left it.

In the meantime, Nicki uploaded a few songs on her MySpace account and sent a few to people in the music industry which proved to be the correct decision. The CEO of the Brooklyn label dirty Money entertainment discovered the music and signed Nicki.

That was the time when Minaj adopted the pseudonym “Nicki Miraj” which she later changed to “Nicki Minaj”. Nicki released her first mixtape; Playtime is Over in 2007 with the record label Dirty Money. Then came her second mixtape; Sucka Free after which she won the Female Artist of the Year award at the 2008 Underground Music Awards.

Then Nicki Minaj signed a record deal with young Money entertainment in August 2009 after fellow American rapper Lil Wayne discovered her on “The Come Up” DVD. Then on the particular request of rapper Jay-Z, Nicki was asked to feature on Robin Thicke’s single “Shakin’ It 4 Daddy”.

Nicki then gave a solo rap verse in the single BedRock which peaked at no. 2 on the US Billboard Hot 100. Later, Nicki was featured on Rihanna’s Raining Men from her album Loud and Fly from Nicki’s debut album Pink Friday released on November 19, 2010.

On October 2010 Nicki became the first female solo artist to have 7 songs on the Billboard Hot 100 chart. Then again on February 9, 2011, her first album Pink Friday reached no. 1 on the Billboard in its eleventh week on the chart. Single, Super Ba s s also from the first album came top 10 in countries like the UK, US, Australia, and Canada.

Nicki’s second album titled Pink Friday: Roman Reloaded was released on April 2, 2012. Single; Starship peaked to no. 2 in the UK and no. 5 on the US Billboard Hot 100. Its music video became one of the year’s best-selling singles.

Nicki debuted Roman Holiday at the 54th Grammy award making her the first solo female rapper to perform a song on the Grammy Stage. Then, The Re-Up was released on November 19, 2012, and shortly after Nicki received the Best Female Video at the 2012 MTV Video Music Awards.

On April 12, 2013, Nicki Minaj became the most- charted female rapper in the history of Billboard Hot 100 giving 44 appearances. Nicki won the BET Awards 2013 for Best Female Hip-Hop Artist that made her the first female rapper to win the award four times consecutively.

Then in 2014 her third studio album named The Pink Print was released with songs like Pills and Potion and Looking Ass. Nicki became the only artist to win the Best Hip-Hop Artist award at the BET Awards five times in a row on June 29, 2014. Nicki has voiced as character Steffie in the 3D animated film Ice Age: Continental Drift.

Nicki Minaj's net worth is $70 million at present. she has made quite a name for herself, and become one of the most influential female artists in hip-hop.

After the launch of her fragrance, fashion, accessories, and houseware collection Nicki has become famous as a fashion icon as well. Many of Nicki's singles and albums have topped the Billboard 200 and Billboard Hot 100 and have been total sell-outs.

Nicki has also appeared in a few films. Nicki receives mixed reviews regarding her music because her songs are nice but the lyrics include a huge amount of abusive and vulgar punchlines.

Nicki Minaj is often regarded as black Lady Gaga due to her outlandish costumes and variety of wigs. Nicki is most definitely a risk-taking and far out fashion icon. In 2010 Nicki created her own Android and iPhone app entitled after her official website “My Pink Friday”.

Then in December Mattel produced a custom-made Nicki Minaj themed Barbie which was later auctioned on charitybuzz with an estimated value of US$ 15000. Nicki has also collaborated with MAC Cosmetics for various business ventures.

Nicki joined with OPI Products on a six-piece nail polish collection of colors that were named after her songs. Nicki has also launched her own clothing line named “The Nicki Minaj Collection” which includes fashion, accessories, and houseware. Nicki also has her own fragrance called Pink Friday and also her second fragrance called Minajesty that released in September 2013.

Nicki’s major influences in the music industry are Foxy Brown and Jay-Z. Her role model in an acting career is Jada Pinkett Smith and Nicki’s fashion inspiration is Betsey Johnson.

This hot American rapper was recently said to have an affair with her mentor Lil Wayne and also Aubrey Graham (Drake), from January 2009 to 2010, but apart from the rumor, Nicki Minaj was engaged to boyfriend Safaree Samuels whom she met in 2000 in their band Hoodstars. The couple has an on and off relationship. Recently Nicki Minaj being single is trending all over twitter.