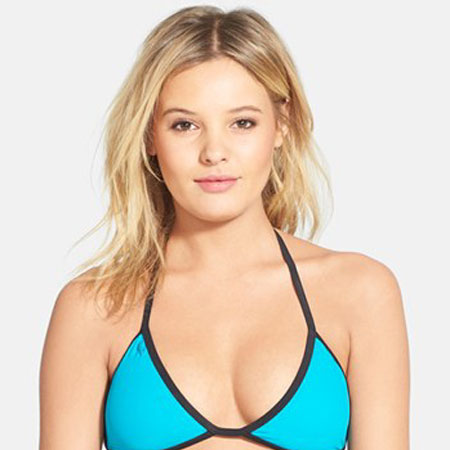 Singer, Dancer, and Actress, Britney Spears is one of the most successful and a controversial celebrity. Britney has made her appearance in several Hollywood movies. Her debut album …Baby One More Time released in 1999 and became an instant hit all over the world.

Britney was born on December 2, 1981, in McComb, Mississippi and raised in Kentwood, Louisiana. She is American and her ethnicity belongs to white. Her zodiac sign is Sagittarius.

Britney was born as the second child of Lynne Irene Bridges and James Parnell Spears. She has two siblings; they are Bryan James and Jamie Lynn.

Rise to a Super Star

In 1997, the Senior Vice President of A&R appointed Britney to work with the producer Eric Foster. Eric shaped her voice perfectly and her first album was recorded at Cheiron Studios, Stockholm, Sweden.

In 1999, Britney released her first single debut album ‘…Baby One More Time. The album topped the Billboard 200 chart the same year and went on to sell more than 25 million copies across the world.

In 2000, Britney released her second album ‘Oops!. I Did It Again. Again, the album went to sell more than 20 million copies worldwide.

In 2002, she showed her acting skills in the Hollywood movie named ‘Crossroads’. However, the movie was a flop but the critics appreciated her performance.

Britney personal life is full of controversy. Britney dated The Mickey Mouse Star, Justin Timberlake. In 2000, the couple confirmed their relationship to the media. However, their relationship did not sustain long. They split in 2002 with the rumors in the air that Spears cheated Timberlake.

In 2004, Britney married her boyfriend Jason Allen Alexander with whom having an affair for two years. Their marital relation ended in next 55 hours.

Shortly after ending her marriage, Britney started dating Kevin Federline, who is an American dancer. Upon dating for some months, they celebrated their married and their first child Sean Preston was born in 2005. Her second child with Kevin named Jayden James Federline was born in 2006.

The couple divorced on July 30, 2007. Britney lost the custody of her both children due to her poor mental health the same year.

Upon splitting with Kevin, she was involved in an affair with Adnan Ghalib. In 2009, Britney started her affair with Jason Trawick. They ended their relationship in 2013. In 2016, she dated Charlie Ebersol but could not make long term relationship with him; she separated. She currently dating new guy Sam Asghari, aspiring actor.

Britney also popular for her endorsement. Until date, she has been endorsed by Skechers, Pepsi, Sony and involves in different commercial advertisements.

Spears is the philanthropist. She established a foundation ‘The Britney Spears Foundation, the Foundation fulfills the needs and desires of deprived children.

Britney earnings are outstanding. She has an estimated net worth of $200 million dollars. She owns a mansion in California worth $9 million. She also owns a $30 million mansion in Malibu.