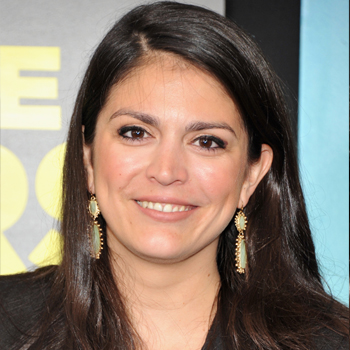 American actress and comedian, Cecily Strong is best known for her performance in NBC's late-night show, Saturday Night Live. She is working on the show since 2012. She then worked in several TV shows and movies.

Cecily Strong was born Cecily Legler Strong on 8th of February 1984 in Springfield, Illinois. Strong is American by nationality and belongs to White ethnicity. As per her bio, Strong's parents, William Bill Strong (Associated Press bureau chief and now managing partner at Chicago public relations firm) and Penelope Strong in Oak Park. Her parents divorced when she was young.

Strong grew up with adoring SNL and reenacting sketches with her friends and watching SNL commercials. She says,

''I had a tape of the best commercials, and I wore it out, every day.''

Strong attended Oak Park and River Forest High School in short as OPRF before ultimately getting transferred to the Chicago Academy where she graduated in the year 2002. In 2006, she earned a BFA in theater from California Institue of the Arts (CalArts).

After graduating, she attended the Second City Conservatory and iO Chicago.

Initially, Cecily Strong performed at The Second City and iO Chicago. She then performed at Chicago Just for Laughs, the Edinburgh Fringe Festival, and the Mercury Theater among others.

Strong made her TV debut in 2005 in a recurring role in Mad TV. After years, she appeared in the NBC's late-night show, Saturday Night Live.

Her breakthrough came from the show in 2012. She along with Seth Meyers co-anchored the recurring Weekend Update. Strong rose to popularity from her performance on the show.

Her celebrity impressions on the show include Gloria Estefan, Maria Bartiromo, Stormy Daniels, Carly Florina, Brooke Baldwin and Erin Burnett among others.

One of the best moments of my life. Getting to sort of start to begin to try and thank this hero. As messy and awful and stupid and ugly and violent and deadly and embarra s sing and idiotic as things can sometimes feel- I'm still so proud to be part of a country that produces families and people like the Obamas. Thank you for making this a better country and making me a better person.

In 2015, Strong featured as an entertainer at White House Correspondents' Association dinner. The following year, she along with Nasim Oedrad and Jay Pharoah for the commercial for Old Navy. Later, she worked in several other TV shows.

Strong made is movie debut in 2012 as Karen Rigsby in How to Sponsor a Uterus. Three years later, she worked as Jenice Townsend in sports comedy film, The Bronze starring Melissa Rauch and Sebastian Stan. The same year, he worked in Slow Learners, The Meddler and Staten Island Summer.

As of 2018, Strong worked in a comedy film, The Female Brain with Sofia Vergara, Toby Kebbell, and James Marsden.

As per Celebrity Net Worth, Cecily Strong has an estimated net worth of $1 million.  Strong also appeared in several movies with high box office collection, some of them include:

As per some online sources, the cast members of Saturday Night Live averagely earns a salary that ranges between $5500 - $25k per episode. Her hands are full of works from which we can a s sume to see a rise in her net worth in the coming future.

Cecily Strong, the comedian, is unmarried so has no husband. Strong is ambitious and hardworking which might be the reason for giving first priority to her works rather than involving in any serious relationships. As of 2018, Istrefi might be possibly single.

Previously, Strong dated her fellow cast member of SNL, Mike O'Brien. The couple started dating in 2014 and used to work together on the show. But the relationship did not last long and broke soon.