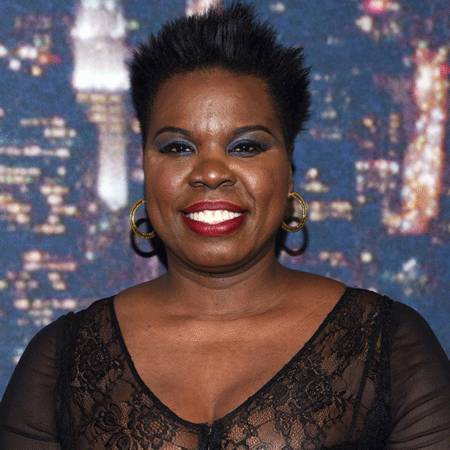 Leslie Jones is an American actress and comedian who is a writer and cast member of Saturday Night Live. She has showcased her outstanding comedian skills at Aspen Comedy Festival and Just for Laughs festival. Leslie Jones is also widely known as Patty Tolan in Ghostbusters. She was nominated for an Emmy Award for Outstanding Supporting Actress in a Comedy Series for her work on Saturday Night Live. She started to do stand-up comedy from her college days in 1987. She won the Funniest Person on Campus contest as well. Jones has cited as her comedic influences Eddie Murphy, Richard Pryor, Carol Burnett, Lucille Ball, John Ritter, and Whoopi Goldberg.

Leslie Jones was born on September 7, 1967, in Memphis, Tennessee. She is 51 years old as of February 2019.  She is the daughter of a United States army man thus has to move frequently. She is an American by nationality and is African-American by ethnicity.

She had a brother named Rodney Keith Jones but he passed away in 2009. Jones studied her high school in Lynwood, California. Leslie's dad always suggested she play sport as she is six feet tall. Later she studied at Chapman University

While Leslie Jones was studying at Chapman, she became a radio DJ. Leslie Jones started her career in the comedy field in 1987 when she was in college. She won many comedy contests thus got encouraged in this field.  Her nationality is American and her ethnicity is black.

Since 1987, Leslie Jones has participated in many comedy contests and won most of them. In her early life, she worked at Roscoe's House of Chicken and Waffles and UPS. Jones was hired as a writer for Saturday Night Live in December 2013.

Jones hit the timeline during the 2016 Olympic Games for tweeting the events and her reaction through the whole Olympic Games. Recently for 2016, she has appeared in an ad campaign for Allstate Insurance.

She has appeared in films such as We Are Family, Trainwreck, Ghostbusters, Sing, Masterminds, and The Angry Birds Movie 2 (voice). Her television appearances include In The House, Coach, Sullivan & Son, Saturday Night Live, and Workaholics.

She expressed her disapproval of the new Ghostbuster film and said "It's like something Trump would do." after it was disclosed that Jason Reitman's new movie would follow the original movie's plot point and would ignore the female reboot of the film.

Leslie Jones' Net Worth And Facts

Leslie Jones has a huge amount of net worth. Her current net worth is $5 million. Leslie Jones was also nominated for a Writers Guild of America for her outstanding writing skills for the Comedy series. She amassed a decent net worth from her more than a 30-year long career.

The comedian is paid around $12,500 per episode for her work in the globally viewed comedy sketch series Saturday Night Live. Her film Ghostbusters (2016) grossed around $229.1 million at the box office.

As Leslie Jones belongs to a military family, she had grown up in various cities. She has spent her childhood years in many different locations. It is said that she was highly encouraged by comedian, Dave Chappelle to work in this field.

Jones has always been posting that she is single. Her personal life is secretly handled and no news related to her has ever leaked out. She is 49 years old and her zodiac sign is Virgo.

Leslie Jones is still unmarried and her facts about the relationship are still not available to the general public as of now. She certainly does not have a husband and is not in a hurry to get married as of now.