Can The Dead Starks In The Winterfell Crypts Really Rise? Are They Really In Danger? 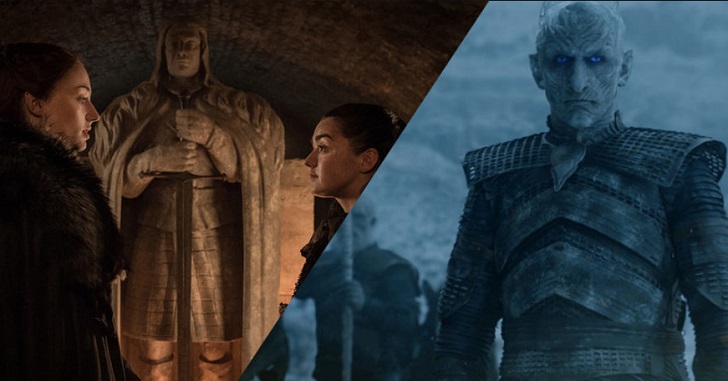 Despite What Game Of Thrones Keeps Telling Us, The Crypts In The Winterfell Sure Does Not Seem Like The Safest Place.

Warnings: This article may contain spoilers!

Among the many theories floating around about the third episode of Game of Thrones’ final season, Battle of Winterfell, one most of the most popular theory claim that the dead Starks from the Winterfell crypts are going to rise when the white walkers attack.

The people in the crypts of Winterfell are definitely in danger. The crypts are mysterious and a creepy place born in the books and the show, though it does not look very likely that an army of the dead would rise from the crypts themselves.

But we must not forget the fact that the crypts have a lot of secrets including secret and rarely used entrances. The secret entrances actually were the escape route for Bran (Isaac Hempstead-Wright), Rickon, and their allies when Theon attacked the Winterfell.

Likewise, there are many hidden secret tunnels that once Theon used to escape the castle as well. While all secret tunnels and entrances would be excellent at letting people out of the Winterfell, but if the wights find out the way into the poorly defended crypts, then there would be minimal chances of using all escapes routes.

At the very best, the hundred masses will be forced to run out through the cramped door and directly into the battle, but at very worst cases, they won’t be able to escape at all.

If Game of Thrones plans to send a large number of wights moving out of the crypts, this is how it happens; with surprise reinforcements for the dead army.