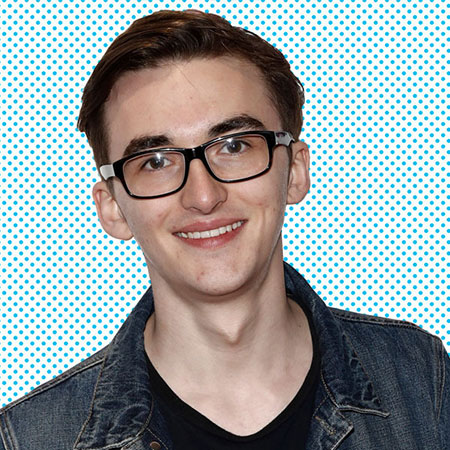 Popular for his role as Bran Stark on famous HBO series Game of Throne, Isaac Hempstead-Wright is a British Actor. As an actor, he has shared the screen with several renowned actors including Rebecca Hall. He has been greatly admired for his performances; he even earned two Screen Actors Guild Awards nomination for Outstanding Performance by an Ensemble in Drama Series at the 18th and 20th Screen Actors Guild Awards.

Isaac Hempstead-Wright was born Isaac William Hempstead on April 9, 1999, in Surrey, England, the United Kingdom under the zodiac sign of Aries. People who are born under this zodiac sign are predicted to be independent, venture out and are go-getters, often leading the way. His mother's name is  Helen Wright, but he hasn't revealed his father's name.

Isaac grew up in Surrey and attended Queen Elizabeth Grammer School at Faversham, Kent. Wright became interested in football after he joined a drama club to avoid playing football on Saturday mornings during the cold months.

Isaac Hempstead-Wright had been studying Maths and music at the University of Birmingham when he dropped from the university to focus on his acting career.

Wright started his acting career acting in commercials while he was studying acting at the Kent Youth Theatre in Canterbury.

Isaac debuted with the movie The Awakening but he was unable to grab attention with his initial roles. He started to gain popularity after he played a role as Bran Stark in the hit HBO Game of Thrones. Isaac was the initial starring cast of the show and worked on the show on its first four editions of the show.

He met some other popular actors including Peter Dinklage and Kit Harington while he worked on the HBO series.

Isaac didn’t appear in season 5 but made his appearance as the main cast in season 6. In 2013, he played his role in crime thriller movie called Closed Circuit. He even voiced a character in the animated fantasy-comedy film, The Boxtrolls in February 2014.

Isaac Hempstead-Wright's net worth is estimated to be around $4 million. As a successful actor, he has earned some decent amount of money. Before he started working in GOT, he worked in some commercials and television series through which he earned a handsome sum of money.

In 2011, he played his role as Bran Stark in the hit television series Game of Thrones as the initial starring cast. He also worked in a crime thriller movie Closed Circuit and worked as a voice actor in an animated series which are the major source of his income and whopping net worth.

“My pets have been a huge part of my upbringing. They are hugely reassuring; a reminder that no matter the worries in my life, my dogs (pictured) will only be concerned about two simple things: food and walks!” @Isaac_H_Wright for @The_Blue_Cross by @rankinphoto. pic.twitter.com/GnBtlK0poj

Apart from this, He has a two pet dog name, Ted and Rosie.

Isaac Hempstead-Wright is currently focused on his acting career. Talking about his relationships and affair, he is not dating anyone as of now. Maisie Williams and Sophie Turner, the co-stars from the HBO series are good friends of Wright. In free time, he loves to spend his time with his dogs, Ted and Rosie, and play the piano.

While acting on Game of Thrones, he reunited with his Awakening co-star, Rebecca Hall.

In the video shown below, Isaac Hempstead-Wright attends an interview and shares his experiences working on Game of Thrones.