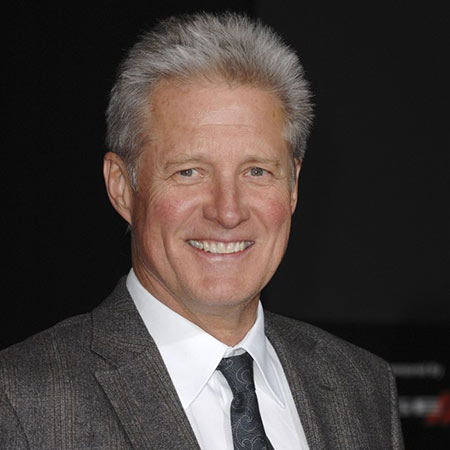 Bruce William Boxleitner is an American actor as well as a writer who writes on Sci-Fi based topics, along with suspense and thriller, well known for his appearance in a lot of movies and TV shows, although his most notable work has been as "Alan Bradley" in Walt Disney Pictures' production Tron series, starting in 1982.

Bruce was born on May 12, 1950, in Elgin, Illinois, Unites States of America, under the birth sign Taurus. He was born as the only child in a middle-class family to accountant parents although there is not much information on his parents or heritage.

As a young boy, Bruce studied at the Prospect High School, located in Mount Prospect, Illinois. Apart from his studies, he was also very active in acting roles and during his school, he appeared in many plays.

After graduating high school, he went to train himself at the Goodman Theater School of Drama of the Art Institute of Chicago. It was there that he explored his talents and potential as an actor and landed some good roles both during and after his apprentice.

Some of his early works in TV came in series like Hawaii Five-O, Police Woman, How the West Was Won, Scarecrow and Mrs. King, and others, which was during the 70s. At the same time, he also started to appear in some movies but not anything big.

Apart from his small roles in Murder at the World Series, The Baltimore Bullet, Kenny Rogers as The Gambler, and Kiss Me, Kill Me amongst others, his breakthrough role came in Tron only in 1982. Since then, he came a long way on the basis of his talent and charms and played in many movies as well as TV shows.

Furthermore, his last movie was released in 2015, named So You Said Yes, alongside Kellie Martin, Bruce Boxleitner, Patricia Isaac, and others. The same time when he finished working on his last TV show Cedar Cove, along with Andie MacDowell, Dylan Neal, Teryl Rothery, and so on. Since then, he hasn't been seen in any notable productions but that doesn't mean that he has retired or anything.

Over 40 years of his work in showbiz, Bruce has made plenty of fans and admirers, and very few enemies it seems.

The proof of this is his massive fan following on social media as he has got over 18 thousand followers on his official Twitter and Instagram, although he hasn't been on it for long.

Also, his net worth value of 14 million US dollars is proof of his success and fame in Hollywood.

Bruce Boxleitner had three affairs till now. Two of those were married as his wives. His first wife was actress Kathryn Holcomb, whom he dated since the mid-70s and got married in 1977. However, they broke up in 1987.

After that, he was seen dating Mary Hart for a couple of years until the start of the 90s. In 1994, he was married to Melissa Gilbert with whom he lived for 16 years, before divorcing in 2011. Bruce has a total of three kids over two marriages; all sons namely Sam, Michael, and Lee.