Sam Boxleitner is an American actor, composer, writer, director, musician, and producer. He gained fame from his films and TV series credits, including The Badger Game, Whine Party, and The New 30. The actor has starred and produced the short comedy horror film Downstairs. Besides, he is also known, among people, as the son of renowned actor Bruce Boxleitner.

American actor Sam Boxleitner was born on July 19, 1980, in Los Angeles, California, the United States, to a show business family.

He is the son of his actor's parents, Bruce Boxleitner and Kathryn Holcomb Ogilvy. Meanwhile, his step-father, Ian Ogilvy, is an actor and step-mother, Melissa Gilbert, an actress.

His brother, Lee Boxleitner, is a film director, while his half-brother Michael Boxleitner and step-brother Dakota Brinkman are actors.

Moving on to his education, he attended Chaminade College Preparatory in Los Angeles, where he majored in drama and music arts.

As of now, he is 40 years old. He holds American nationality and belongs to white ethnicity.

Career And Net Worth Details

The 40 years old actor c u m producer started his acting journey as a child when he was just seven, appearing in the television film Kenny Rogers as The Gambler, Part III: The Legend Continues in 1987.

His early career works are My Job, The Man in the Park, and A Friend Indeed. He was cast as Liam in the crime-drama-thriller film The Badger Game. 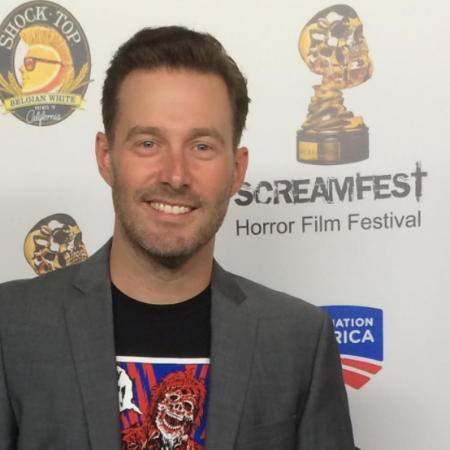 With his brother, he has starred and produced the short comedy horror film Downstairs in 2014. He notably appeared as Oscar in the television series The New 30.

The actor acted as Henry in the feature film Whine Party in 2018 and Harrison in the thriller film When Vows Break in 2019. His other deserved acting credits are Quitter, The Murdering Kind, Jim Shoe, and Open House.

Besides his acting, he was a guitarist/vocalist for the band name 'One Fluid Ounce.' He first joined the band back in the year 2000. He is also a co-founder of Blue House Productions.

The Badger Game actor is believed to have a net worth of around $500 thousand as of June 2021. The primary source of his wealth is his multiple profession as an actor, producer, writer, and musician.

On the other hand, his father, Bruce Boxleitner, has a whopping net worth of $3 million, according to celebrity net worth.

Who Is His Wife? Does He Have Children?

The New 30 actor is married to his long-time partner Andrea Steele. They dated few times before tying the knot. However, the exact marriage date and further details are yet to be disclosed. The duo has welcomed their first and only child, a daughter, on 28th November 2014. The family of three currently resides in Los Angeles, California.