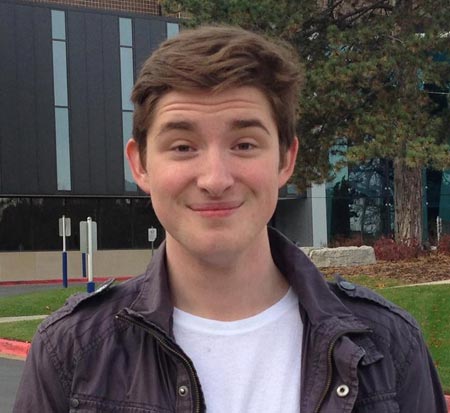 Born and raised in Los Angeles, Michael Boxleitner is a young actor who is best known for his work in Guest Artist (2019) and Necroland (2019). He has, nonetheless, gained ma s sive popularity for his high-profile family background. He is the son of Hollywood actress Melissa Gilbert and Bruce Boxleitner, a renowned actor as well as science fiction and suspense writer.

Born In LA, He Is The Son Of Superstar Melissa Gilbert

Born on October 6, 1995, in Los Angeles, California, Michael Boxleitner came from a family of multi-talented stars. His mother Melissa Gilbert is an actress better known for her role in a drama series Little House on the Prairie. On the other side, his father Bruce Boxleitner is also an actor who has worked in dozens of movies and TV shows.

His parents got married on January 1, 1995, in Melissa's mother's living room. Just a few months after their marriage, the couple welcomed their first child Michale. They named their son Michael Garrett Boxleitner whose first name is in honor of Michael Landon, a late actor who pa s sed away on July 1, 1991. Similarly, his middle name was given in honor of her best friend Sandy Peckinpah's son Garrett Peckinpah, who had died of meningitis when he was 16.

He also has three half-siblings; brothers Lee Boxleitner, a film director, Sam Boxleitner and Dakota Brinkman. Michael currently studies at Lansing Community College. He is an American as per nationality and ethnicity wise, he belongs to the White ethnicity.

The 23-year-old actor is also following in his parents' footsteps. He made his acting debut at the tender age of four, taking a part in BUG BOY Adventures in 1999. Michael later took hiatus from the acting career for nearly two decades only making his comeback with two successful projects in 2019, Guest Artist and Necroland. He also played a role in a drama Guest Artist alongside Jeff Daniels and Erika Slezak.

The young American actor has collected a considerable amount of money from his flourishing acting career. The exact amount of his net worth is, however, is yet to be revealed. But, his mom Melissa has a net worth of $500k while his father Bruce has an estimated net worth of $3 million.

Melissa and Bruce, who are now divorced, owned a house in Tarzana, California. After settling their divorce papers in late 2011, they listed their mansion on the market for $1.295 million. Built-in 1955, the 4,609-square-foot ranch-style home featured 5-bedroom and 4½-bathroom.

Michael Boxleitner has yet to reveal anything about his love life. The young actor has remained tight-lipped regarding his personal life and girlfriend.

But, Boxleitner is a close friend with actor and model Hannah Feuka. Michael remained out of the spotlight for years before making his comeback in 2019, so, there are very few details regarding his personal relationships. While talking about his parents Melissa and Bruce's relationship, it was full of ups and downs. The couple first met when the two were cast together on Battle of the Network Stars, in 1988.

They took some time to build up their friendship, however, turned their friendship into a relationship pretty quickly. They were engaged for twice before they finally tied the knot on 1st Jan 1995. Their marriage lasted for over one decade and a half before it ended in divorce in 2011.

Melissa is now married her third husband, fellow actor Timothy Busfield. The couple has been together since 2013.