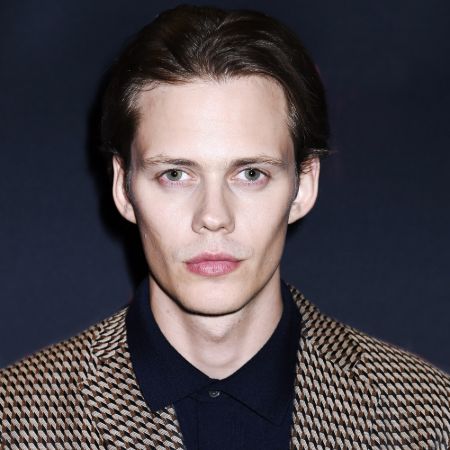 Swedish actor Bill Skarsgard gained media and public attention from an early age. He is the third son of actor Stellan Skarsgard and his first wife My Skarsgard. The actor has also made his own name in the film industry just like his father and brothers. He is known widely from the movie It and It Chapter Two and television series Hemlock Grove and Castle Rock.

Born With The Silver Spoon

Bill Skarsgard was born as Bill Istvan Gunther Skarsgard on 9th August 1990, in Vallingby, Sweden. He holds the Swedish nationality and belongs to white ethnicity.

Skarsgard is the third child out of four children of actor father Stellan Skarsgard and doctor mother My Skarsgard. He has two elder brothers Alexander and Gustaf and a younger brother Valter. All of his brothers also worked in the entertainment industry just like him and his father. He also has half brothers Sam, Eija, Ossian, and Kolbjorn from his father's second marriage.

He graduated from the Sodra Latin in Stockholm, Sweden.

Gained Apperation From His Role As Pennywise On It Film Series

Bill Skarsgard made his acting debut from the Swedish film White Water Fury. The actor showcased his acting skill in Kenny Begins, Simple Simon, Behind Blue Skies, and The Crown Jewels.

The Actro got his first international film from the British romantic drama film Anna Karenina in 2012 along with Keira Knightley and Jude Law. The actor made his American acting debut from the 2013 television series Hemlock Grove sharing screen along with Famke Janssen, Penelope Mitchell, and Joel de la Fuente. 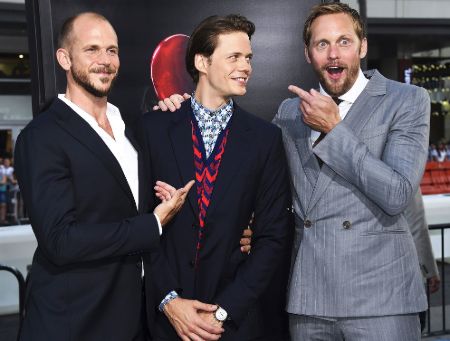 Bill Skarsgard along with two elder brothers at It Premiere SOURCE: Pinterest

The actor appeared in The Divergent Series: Allegiant and Atomic Blonde in 2016. The following year, the actor appeared in feature film IT. He appeared along with Ryan Reynolds and Josh Brolin in Deadpool 2 in 2018. The same year, he worked on television series Castle Rock.

In 2019, he repressed his role as Pennywise the dancing clown in feature film It Chapter Two. The following year he appeared in movie Nine Days and The Devil All the Time.

What Is The Net Worth Of Actor Bill Skarsgard?

Bill Skarsgard has earned massive fame and wealth from his work. According to celebrity net worth, he has an estimated net worth of $5 million, as of 2020. As for his father and three siblings net worth are down below.

The actor has not revealed anything about his salary. The average salary of an actor worked in Hollywood is around $50,000 per annum.

Has A Daughter With His Girlfriend Alida Morberg

Bill Skarsgard is dating actress Alida Morberg. But the actor has not shared any information about their first met. The couple has been together for many years now. 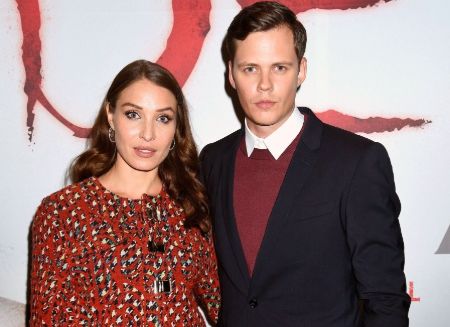 Bill and his girlfriend welcomed their first child daughter in October 2018.

The actor and his partner are living a blissful life along with his daughter.