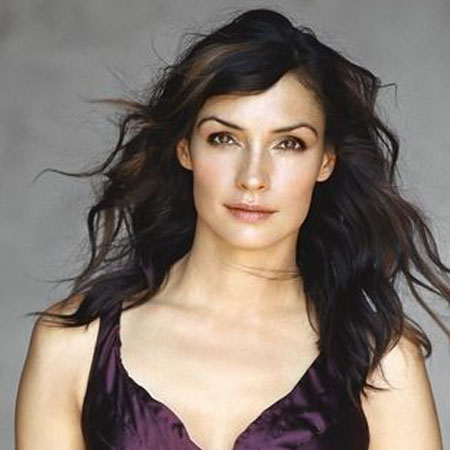 Famke Janssen is a Dutch actress, screenwriter, director, and a former fashion model. She is best known for her portrayal as Jean Grey / Phoenix in X -Men series. She played the main role of Susan Hargrave in an American crime thriller television series, The Blacklist: Redemption.

Janssen was born as Famke Beumer Janssen on November 5, 1964, in Amstelveen, Netherlands. She belongs to the White ethnicity/race and holds a Dutch nationality. She has two sisters, actress Marjolein Beumer, and director Antoinette Beumer.

Janssen attended the University of Amsterdam, where she learned economics for a year. Later in the 1990s, she went to Columbia University and studied creative writing & literature. She graduated from the University in 1992 with Bachelors of Arts degree.

Janssen began her professional modeling career in 1984 in the United States. She signed with the Elite Model Management. She worked for the popular brands including Giorgio Armani, Yves Saint Laurent, as well as Victoria’s Secret.

Janssen started doing a commercial for the perfumes exclamation in 1988. In the 1990s, she retired from modeling career and began working in guest roles on various TV series.

In the year 1992, Janssen starred on Star Trek: The Next Generation and also gave her first movie role in Fathers & Sons. She also appeared in Lord of Illusions with American actor & director Scott Bakula.

Besides Janssen appeared as supporting roles in the movies including, Celebrity, City of Industry, Gingerbread Man and Monument Ave. Janssen portrayed Jean Grey in the Marvel Studios movie, X-Men in 2000.

Janssen continued portraying the character in rest of the series of X-Men. She won Saturn Award for Best Supporting Actress in 2007, for performance in X-Men: The Last Stand. She was cast alongside popular artists including Hugh Jackman, Halle Berry, and Shawn Ashmore.

Recently, in 2017, Janssen starred in an American NBC crime thriller, The Blacklist: Redemption as the main role of Susan Hargrave along with Edi Gathegi, Ryan Eggold and so on.

Famke Janssen, 53, is currently single. She was married to a writer and director Kip Williams in 1995. Her ex-husband was a son of architect Tod Williams. However, the couple failed to continue their married life and divorced in 2000.

Furthermore, Janssen dated American actor and comedian, Josh Peck. She also dated American filmmaker and former professional snowboarder, York Alec Shackleton in 2009. However, the relationship between Famke and York proved to be a rumor.

Moreover, there was also rumor of her affair with Ryan Gosling in 2004, as both of them did not confirm their relationship.

Janssen is currently having an affair with Cole Frates. She was spotted enjoying a romantic bike ride with her boyfriend and her beloved Boston Terrier Licorice.

This Dutch Model turned actress has earned popularity through her significant acting. With her incredible talents and hard work, she can earn a decent amount of money from her career. Most of the movies done by Janssen have crossed more than millions on box office.