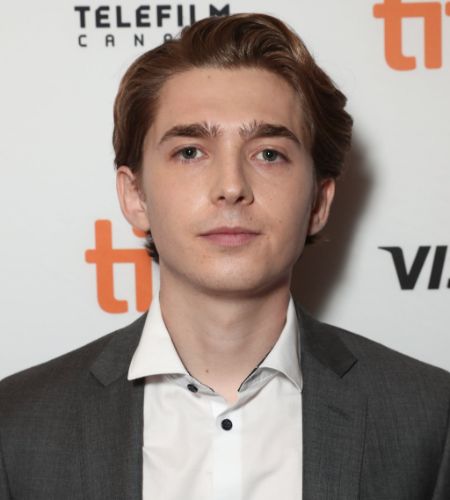 Austin Abrams is an American actor most known for playing Ron Anderson in the AMC zombie-thriller series The Walking Dead and Ethan in the HBO drama series Euphoria.

How Old is Austin Abrams? What is His Height?

Austin Abrams was born Austin Noah Abrams on September 2, 1996, the son of Lori and Bradley Abrams -- both of whom are doctors. The 23-year-old was born in Pennsylvania and raised in Sarasota, Florida. He stands at 5' 7½" (1.71 meters).

He made his feature film debut in 2012, playing the younger version of Joel David Moore's character Adam Lipschitz in the film adaptation of the comedic stage play, Jewtopia.

Later that year, Abrams made recurring appearances as Todd Cooper in the short-lived MTV sitcom The Inbetweeners for the one season that it ran.

In 2013, Abrams had appearances in two movies; one, a blockbuster, in Gangster Squad, featuring an ensemble cast of Josh Brolin, Ryan Gosling, Emma Stone, Nick Nolte, Sean Penn, Anthony Mackie, Robert Patrick, and Michael Peña; the other, an indie comedy-drama, in The Kings of Summer, starring Nick Robinson, Moisés Arias, and Nick Offerman. 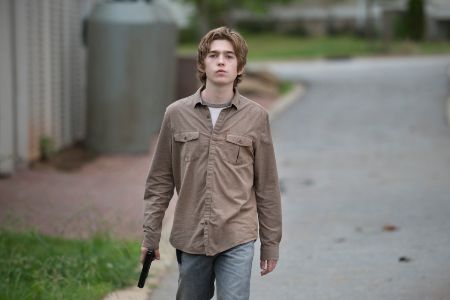 Abrams gained widespread recognition when he joined the fifth season of the AMC zombie-thriller The Walking Dead as Ron Anderson and went on to play the character for the sixth season before being written off.

Recently, he had recurring appearances as Ethan Lewis in the HBO drama series, Euphoria, starring Zendaya, and as Marc in the NBC family drama, This is Us.

What is the Net Worth of Austin Abrams?

Austin Abrams is estimated to have a net worth of around $500 thousand. His wealth comes from his acting career as a television and cinema actor. Since making his on-screen debut less than a decade ago, in 2011, and since then, he has made appearances in nearly 30 movies and TV shows. 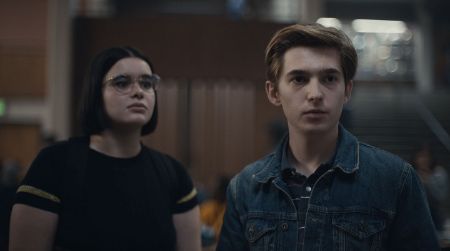 He is most known for his movie appearances in Jewtopia, Gangster Squad, Paper Towns, and Scary Stories to Tell in the Dark; and television appearances in The Inbetweeners, Silicon Valley, The Walking Dead, SMILF, The Americans, Euphoria, and This Is Us.