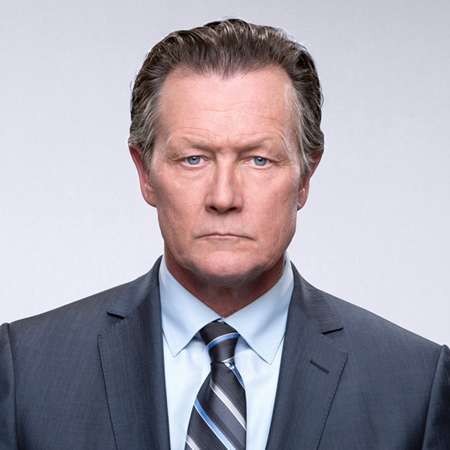 Robert Hammond Patrick Jr. is an actor of American nationality, known to have portrayed the role of several villainous characters on the big as well as the small screen. He was born to parents Nadine and Robert Patrick Sr. on November 5, 1958. Owing to his success in villainous roles on screen, his bio and career details have been searched widely by fans and critics around the world.

Born in Marietta, Georgia, Patrick was enrolled in the Farmington High School for his primary education. As a field and track as well as a football athlete, he studied from the Bowling Green State University but dropped out shortly after, to pursue an interest in drama and acting. After working as a house painter and bartender, Patrick obtained several small roles in low budget movies. His first notable appearance was in the movie Die Hard 2. After this, he secured the position of a main villain named T-1000 on Terminator 2: Judgment Day. After his success in the film, Patrick has secured acting credits in several other feature films like Fire in the Sky, Striptease and Last Action Hero. He appeared next on Double Dragon and Hong Kong 97.

Robert’s acting role in the Fire in the Sky was so liked by Chris Carter, the creator of The X-Files, a sci-fi TV series, that he gave him the role of John Doggett. He appeared in the show for two seasons and later landed the title of One of the Ten Sexiest Men on Sci-Fi by the TV Guide Magazine. Other film roles include acting in spy Kids, 1st to Die, D-Tox etc. while he has appeared on television also for Lost, Stargate Atlantis, Ben 10, Law and Order, American Dad!, NCIS and many more.

As far as the personal life of this gentleman is concerned, he has been a devoted one woman man. Apart from his spouse of about two decades, he has never been known to have had an extra marital affair with anybody else. He married his then girlfriend, actress Barbara Hooper on 1991 and they have been together since. They married during the filming of Terminator 2: Judgment Day and have since appeared in several media releases. The couple has two children together. Their son is named Samuel and they have a daughter named Austin together. Robert seems to be devoted completely to his wife and has never been known to have cheated on her that might lead to a divorce. The couple sure seems to be the one who will last a long time.

Through his acting credits, Patrick has managed to bag up a net worth of a whopping 6 million dollars with an approximate salary of 700 thousand dollars annually. He has a height of 6 feet.

The X-Files Scorpion Fire in the Sky