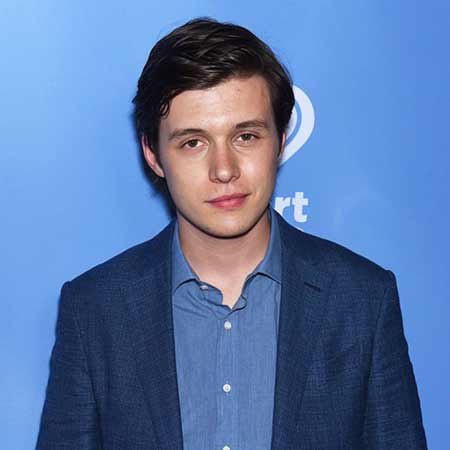 Teen Choice Awards nominated actor, Nick Robinson is well recognized for his role in TV series, Melissa & Joey. He portrayed the role of supporting actor in science fiction movie, Jurrasic World. He then appeared in the lead role in the movies like The Kings of Summer, The 5th Wave, and Everything Everything. As of 2018, he is working in Strange but True and Native Son.

His acting in several movies and TV series won him many nominations for several awards like Phoenix Film Critics Society Awards and Young Entertainer Awards.

Nick Robinson was born on 22nd March 1995 in Seattle, Washington to Denise Podnar and Michael Robinson. Aries is his birth sign, Robinson is American by nationality and belongs to White ethnicity. He is the oldest of his five siblings. He also has two older half-siblings from his father’s previous marriage.

In 2013, he graduated from Campbell Hall School. From the early age of 11, he started acting in several theater plays. He made his stage debut in Charles Dickens’ A Christmas Carol. The same year, he worked as Jem Finch in To Kill a Mockingbird.

Nick Robinson made his big screen debut in 2009 from the short film portraying CC’s Father (Young) in CC 2010. In 2013, Robinson worked as Joe Toy in an independent coming-of-age movie, The Kings of Summer with Moises Arias, Gabriel Basso, Nick Offerman and Megan Mullally. His acting was highly appreciated by fans and critics.

He then worked in several hit movies like Jurassic World, Being Charlie, The 5th Wave, and Everything. As of 2018, he worked in Love, Simon as Simon Spier. Also, he is working in upcoming movies, Strange but True and Native Son.

Robinson made his TV debut in 2010 from ABC Family’s sitcom, Melissa & Joey alongside Melissa Joan Hart, Joey Larence, and Taylor Spreitler. In 2012, he worked in a TV Series, Boardwalk Empire and a TV film, Frenemies.

For his acting in movies and TV series, he has been nominated for several awards like

Nick Robinson has an estimated net worth of $3 million. Robinson earned a good amount from his acting in movies and TV series. He appeared in several movies that made an impressive collection at the box office.

Nick Robinson is yet to be married. Robinson is linked to American model and actress, Chloe Grace Moretz. They appeared in the movie, The 5th Wave. The couple, however, has not revealed anything regarding their relationship. Moreover, he was also rumored to be dating another actress, Taylor Spreitler. Robinson confirmed that neither he is dating Chloe nor Taylor. So, we can assume that he is single at present.

Robinson was rumored to be gay after he performed a gay character in the movie, Love, Simon. On Ellen DeGeneres Show, he confirmed that he is straight but he revealed that his brother is gay.

Here are 10 facts about Nick Robinson: