Anjelah Johnson's Married Life With Husband Manwell Reyes-Details About Their Relationship And Why They Won't Have Children! 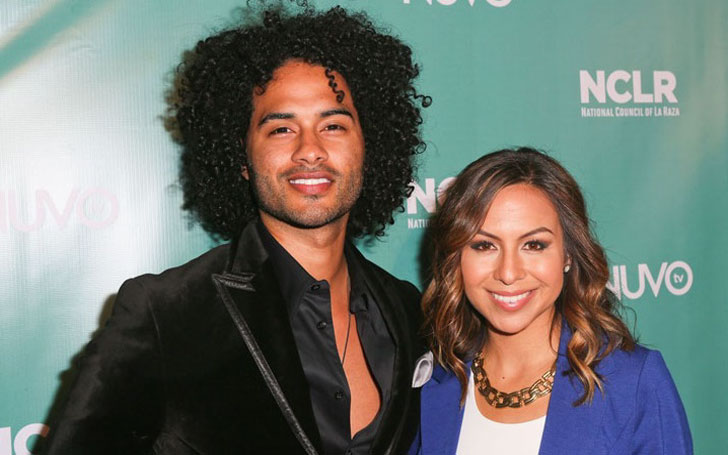 Everyone wishes to find a perfect partner for marriage, but finding one is not that easy. There are over 7 billion people in the world, and somehow the one for you doesn't come along soon enough!  Also, there only a few cases in which there is a happy ending to love stories. Isn't the world just sad?

Well, comedian Anjelah Johnson is among those very few who happened to find herself the perfect person but not after waiting long enough. She is happy with her husband Manwell Reyes. Let's discuss their married life here! Do they have any children?

Chips and Salsa lover, Anjelah Johnson, and Manwell Reyes got married on June 11, 2011. They organized their wedding ceremony in Half Moon Bay, California. Her husband is a music artist and is a member of Group 1 Crew.

The couple is also secretive about her married life. It is never disclosed how the two met for the first time and how their love story blossomed.

The couple has been living happily together ever since their marriage.

In one of her blogs before the wedding, Anjelah Johnson said she doesn't even know what she did to deserve a man like Manwell Reyes.

I waited a long time for my husband. When he finally crossed my path he was more than I could ever hope for. He was beyond my greatest dreams or expectations. I wondered to myself if I even deserved this.

Most recently, in May 2021, a couple celebrated Anjelah's 39th birthday and the proud husband shared a photo of the duo with the heartfelt caption:

I’m celebrating this girl toda y cause it’s her birthday!!! To say I’m happy she was born is an understatement. She’s made my world so much better and the most amazing part is I know she’s done the same to everyone she comes across. I get to witness that. I get to see her LITERALLY make the world a better place. I’m a lucky guy that I get to be a fan of my wife â¤ï¸ and I’m the biggest fan!! Till the end my love. I love you my Queen @anjelahjohnson

It’s been almost a decade since the pair took the vows and are still growing in their relationship together. Isn't it so lovely to see a happy Hollywood couple once and for all?

Well, since they have been together so doing they share any children? What do you think? The couple has been sharing a blissful married life and therefore, it becomes pretty easy to say there is no conflict between the two.

Does The Happy Couple Have A Child Together?

Even though Anjelah Johson and Manwell are together for many years, they don't want any child at the moment. It could very well be their busy life.

Well, not everyone likes children or is ready to become parents.  So, that could mean the reason why Anjelah Jonshon and Manwell Reyes aren't having kids is that they don't want the responsibilities of becoming parents. Or, they are just taking their sweet time! The couple also reported that the two do not want any child but enjoy spending time with their nieces and nephews.

Who Is Manwell Reyes?

Manwell Reyes is an artist who is widely known as a frontman and CEO of Warner Bros, an American entertainment company. In 2014, the actor also played the role in the movie Moms' Night Out, sharing the screen along with Sarah Drew, Sean Astin, and Patricia Heaton.

His other works are Mom's Night Out and Restored Me. Her husband Manwell has a net worth of $1 million.