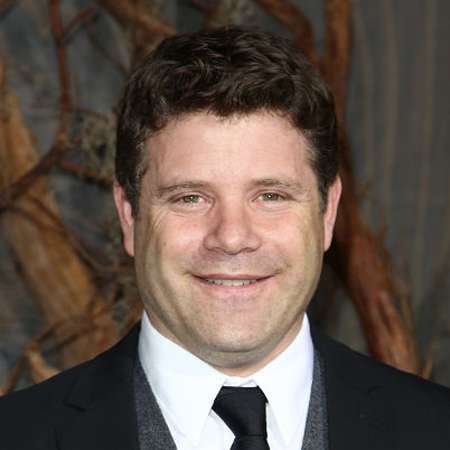 Sean Astin is a famous American actor who is talented in various fields like, acting, directing and producing is also a voice artist. He is best known for his portrayal of Samwise Gamgee in The Lord of the Rings Trilogy (2001-2003). He is also known for his other notable roles such as Mikey Walsh in The Goonies (1985), Daniel "Rudy" Ruettiger in Rudy (1993), and Bob Newby in the second season of Stranger Things (2017).

Sean Astin was born on February 25, 1971, in Santa Monica, California United States. He is popularly known with his character in the films like The Lord of the Rings trilogy with the role of Samwise Gamgee.

Altin is the son of the very famous actress Patty Duke as well as from adopted father Desi Arnaz. He holds American nationality and regarding his ethnicity, he has a mixed ethnical background.

Sean attended Catholic school. Furthermore, Astin enrolled at the Crossroads High School of the Arts. He later graduated with a B.A. in History and English from the University of California, Los Angeles.

Astin started his very first acting career from the television movie Please Don’t Hit me Mom in the year 1981 that was a big hit where he was a child artist tolerating his abusive mother.

Similarly, at the early age of 13, he got a chance to play in the very first film The Goonies where he played the role of Mickey. Since, by the time with his incredible acting and natural creativity, he was attracted to a large number of people.

He got a chance to play in several films more by the time among them The Lord of the Rings was much successful and experienced career within his lifetime. He further received many awards and nominations due to his best performance all across.

Astin with his biological father Desi Arnaz was a music promoter. He was brought up by his stepfather John Astin. During the age of 18 months when his mother married John Astin after a long relationship around 2 years, Astin looked at his father and cried with tears with the word “Daddy”, with the moment John adopted Astin as his son.

From 2017-2019, the actor was a cast in a TV series Stranger Thing along with Winona Ryder, David Harbour, Finn Wolfhard, and more.

Sean Astin's Net Worth And Salary

Sean Astin's net worth is $20 million at present. He has built his net worth from starring in movies like The Goonies, and Lord of the Rings trilogy.

In March 2018, Sean purchased a sports car Toyota Mirai which worth $58,400. At the same time, he threw down $1.99 million on his house located in Beverly Hills, Calabasas, California.

He reportedly earned just $250,000 for the first Lord of the Rings movie. He received unsubstantial raises for the sequels and does not earn any royalties off the franchise. He does earn royalties from the merchandise and was given a nice one-time payment for his promotional duties connected to the third movie.

He got married to Christine Lousie Harrell after his long affair on 1992, July 11. The couples have 3 children’s named Alexandra, Elizabeth and Isabella. These children have Louise in the middle of their name.

Astin also has made his tattoo with the word “nine”, within his ankle. Astin also backed Senator John Kerry in the election in 2004, for United States President.

Astin also made huge participation in a rally in Kerry’s campaign. Astin also provided his full support across Senator Hillary Clinton and make a large number of campaigns with coordination with the daughter of Clinton, Chelsea Clinton on the behalf of Hillary Clinton.

From this aspect, it can also be stated that he was also equally active in politics. Looking across the bio of Sean Astin it can further be found that he was very active within the presidential appointments.

Sean Astin is 5 feet 7 inches tall. His movies like Lord of the Rings got high appreciation yet, there aren’t found his actual data of net worth.

Sean is actively involved in social networking sites. He has his official website. He has around 158k followers on Twitter along with 10.2k Tweets.