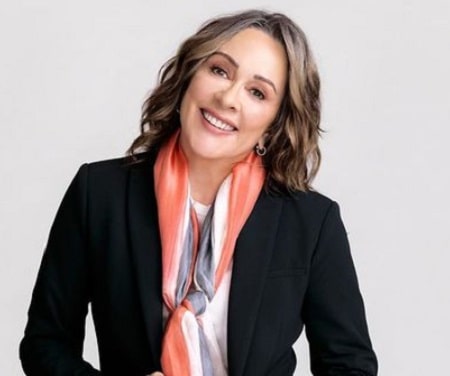 Patricia Helen Heaton is an Irish-American producer as well as an actress who was born on 4th March 1958 in Bay Village, Ohio, the US. Her nickname is Patty.

Heaton is the daughter of Patricia Heaton, and Chuck Heaton was a sportswriter for The Plain Dealer. She was brought up as a devout Roman Catholic. She has three sisters named Sharon Heaton, Frances Heaton, and Alice Heaton. She also has a brother named Michael Heaton. He is the Minister of Culture and a writer for the Friday Magazine. 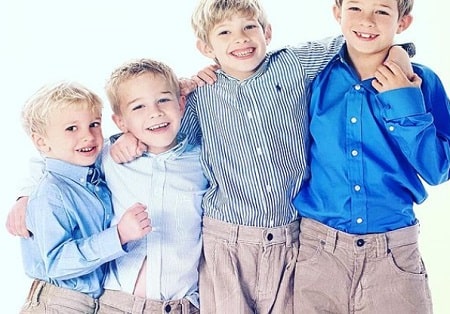 Heaton attended St. Raphael's Catholic grade School in Bay Village and graduated from Bay High School class of 1976. During her high school life, she was a member of Bay Rocket's Marching Band in the Rockettes Drill Team. She also performed in the Stage Band and also had sung in the choir. When she attended Ohio State University, she became Delta Gamma's sister.

Then Heaton moved to New York to study with a drama teacher named William Esper in 1980.

While Patty was studying with a drama teacher William Esper in New York, she made her first Broadway appearance in 1987 in the chorus of Don't Get God Started. After that, she and other students had created Stage Three, called Off-Broadway. But when Stage Three had one of their productions in Los Angeles, she caught the eye of a casting director. She had been cast in the leading role in six appearances on a series from 1989 to 1991 as an oncologist.

Before her short films, Heaton also acted in Everybody Loves Raymond from 1996 to 2005. For her performance, she was nominated for the last seven seasons for Outstanding Lead Actress in a Comedy Series Emmy and won Emmy awards twice. Her television films also include Shattered dreams in 1990, Miracle in the woods in 1997, A Town Without Christmas in 2001, The Goodbye girl in 2004, and The Engagement Ring in 2005.

Heaton produced a documentary, The Bituminous Coal Queens of Pennsylvania, in 2005, which was directed by her husband. She had also been a producer of William Wilberforce drama named Amazing Grace in 2006. In 2009 she had also starred ABC comedy film The Middle. She was ranked 24th on TV Guide Network as Funniest Women on TV in 2011. She had also done advertisements for hair care products Pantene.

Heaton is likewise portrayed in the 2017 movie The Star alongside Steven Yeun, Gina Rodriguez, Zachary Levi, and Keegan-Michael Key. Some of her recent works can be seen in the movies such as The Middle, Smallfoot, Carol's Second Act, and Dust. And the two-time Primetime Emmy-award-winning actress is working on her upcoming movies, The Unbreakable Boy and Mending the Line.

What Is Patricia Heaton's Net Worth?

Patricia Heaton has made a tremendous amount of money from her acting career. Her net worth, according to Celebrity net worth is around $40 million as of early 2022. She currently stars in the hit TV series Carol's Second Act along with Lucas Neff and Jean-Luc Bilodeau. She is paid $235k per episode. In the year 2015, the actress collected $7 million.

In 2000, Heaton received a $200K paycheque from The Middle. The following year, she was a cast in Everybody Loves Raymond and earned $6 million. The major source of her income comes from her work as an actress. In the United States, an actress has an average salary of $58901.

She Sold Her LA Mansion For $8 Million

Heaton and her husband David Hunt sold their mansion for $8 million in Hanc* * k Park, Los Angeles, California, in May 2013. The Italianate Mediterranean-style estate was built in 1923 and had nearly 8,400 square feet of interior space and boasts Malibu tile, murals, wrought-iron work, a library, a billiard room, seven fireplaces, six bedrooms, and five bathrooms.

According to public records, the couple originally bought the house back in 2001 for $4.85 million. In 2013, Patricia also purchased the house in Toluca Lake, California, for $5.4 million. It features 5-bedrooms.

How Many Does Patricia Heaton Have Children?

Patricia Heaton has been married twice. She first tied the knots with her boyfriend, Constantine Yankoglu, in 1984, but the two got divorced in 1987. Following their divorce, she married a British actor named David Hunt in 1990. After her, all her children were born by caesarian section; her damaged body was repaired by plastic surgery also. Furthermore, she has an Instagram account registered as @patriciaheaton, from where she shares an update on her ongoing life.