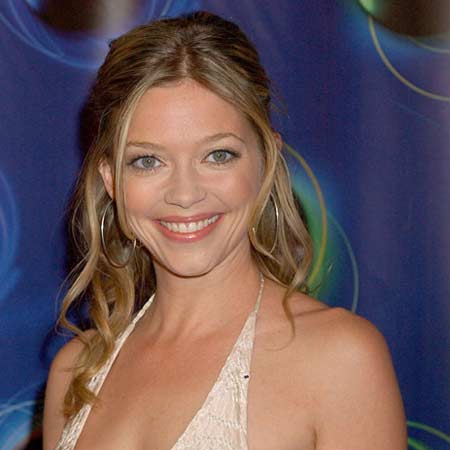 Amanda Detmer is an American actress, known for her appearances in movies as well as television series. She was a regular cast member on the short-lived NBC sitcoms M.Y.O.B. (2000), A.U.S.A. (2003) and the ABC relationship-drama series What About Brian (2006-2007). Detmer ranked #17 in 2001 Stuff Magazine's list of 101 Sexiest Women. She has made her big-screen debut playing Miss Minneapolis in 1999 black comedy film Drop Dead Gorgeous, and later had a supporting role in American supernatural horror, Final Destination. The actress is married to John Crickellas and has two children. She was married to Bernardo Targett from 2004-2007.

Amanda Detmer was born Amanda Jeannette Detmer on September 27, 1971, in Vista, California, U.S and raised in Chico. She belongs to White-American ethnicity/race and holds American nationality.

Detmer was born to Susan Thurman Detmer, a teacher, and Melvin Lester Detmer, the singing cowboy. She has an elder brother, actor Matthew Detmer, who was nominated for The Robert Prosky Award under Outstanding Lead Actor, Resident Play.

Detmer first joined the University of California, Santa Cruz, California, United States. She then enrolled at the California State University, Chico, graduating in 1995 with a degree in BA Theatre. Detmer did Master of Fine Arts (MFA) from the New York University's Tisch School of the Arts in 1998.

Detmer developed an interest in acting after watching her brother perform at a community theater. She then enrolled in acting cla s ses at the Chico State and was completely hooked. Detmer was trained by a professional trainer and performed in the number of plays such as A Streetcar Named Desire, Othello, and The Importance Of Being Earnest.

Amanda Detmer made her acting debuted from the 1995 Tracey Gold TV-movie, Stolen Innocence, alongside Thomas Calabro, Tracey Gold, and Bess Armstrong, among others. The movie was filmed in Chico.

In 1999, Detmer debuted in the big screen from the movie, Drop Dead Gorgeous as Miss Minneapolis. In the movie, she was cast opposite Kirsten Dunst, Ellen Barkin, Denise Richards, and Kirstie Alley.

The following year, Detmer appeared as a major character in American teen comedy film, Big Fat Liar, starring Frankie Muniz, and Paul Giamatti among others. She then worked as a lead in some movies, including Saving Silverman, The Majestic, Big Fat Liar, and Kiss the Bride.

From 2011-2013, Detmer appeared in USA Network television series, Necessary Roughness. She then appeared in a number of TV series including Ryan Caulfield: Year One, Sue Thomas: F.B.Eye,  Law & Order: Criminal Intent. She is also credited for her roles in movies such as Final Destination, Final Destination 2, and You, Me and Dupree among others.

Amanda Detmer’s Net Worth And Salary

As of 2019, Detmer has an estimated net worth of $2.5 million. As per some online sources, she earned a salary of $83K - $91K per episode from an American Comedy series, M.Y.O.B.  The major source of income of Amanda is her work in movies and TV series.

Sources reported that Detmer has a house in Los Angeles, California.

Check out my new ride! Ha! I wish. Maybe if that little pilot I did had gotten picked up...sheesh! @jeremyvotava #64mustangconvertible #cla s siccars #livinthedream

Some of her box-office hit movies are,

The actress has appeared in the TV series such as Law & Order: Criminal Intenet, Psych, Medium, Private Practice, The Vampire Diaries, Man Up!, The Exes, The Mentalist, Two and a Half Men, Battle Creek, Second Chance, and The Night Shift.

Amanda Detmer married John Peter Crickellas in 2007. The pair is blessed with two children, but the name of their children has not public. The family of four loves traveling and has shared a number of beautiful pictures on their social media account.

Detmer and her spouse John have been sharing a blissful married from the past many years. They currently reside in Los Angeles, California.

Previously, Detmer was in a marital relationship with Bernardo Targett since 2004. But, after being together for more than three years, they divorced in 2007.