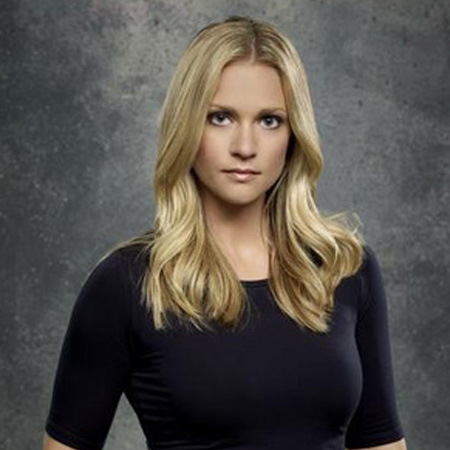 A.J Cook is a Canadian actress who is mostly known for her roles as Jennifer “J J” Jareau in the CBS crime drama named “Criminal Minds.”

Cook has also appeared in several films such as “The Virgin Suicides”,”Out Cold”, and “Final Destination.”

A.J Cook was born on July 22, 1978, in Ontario. She grew up in Whitby and attended Anderson Collegiate Vocational Institute. She has three siblings named Nathan, Paul, and Angela.

Cook was declared blind at her second grade because of severe astigmatism. she wore thick gla s ses and contacts to correct her vision.  At her early age, she underwent surgery in which a lens implant corrected the impairment.

As Cook loved to dance at her early age of four she started taking Jazz, tap and a Ballet lessons. She danced for many years before deciding to try her hands in acting.

Cook was a great dancer and it was stated that if she would not make her career in acting she would surely open a dance studio. Her first job was in a McDonalds’s commercial. She graduated with a series work with a guest role on the television series named “Goosebumps.”

Cook played a Shelby Merrick role around the edges with a girl dealing with abuse and heartache at a wilderness school for struggling kids.

Then she appeared in the TV movie named “The Spiral Staircase” and then played a lead role in the movies including “Out Cold”, “Ripper”, “I’m Reed Fish” and “Final Destination 2.”

Cook has also starred as Jennifer “J.J” Jareau in the CBS drama “Criminal Minds.” She was also hired as a spokeswoman for the Proactiv. She appeared in the issue of Maxim magazine and was ranked at top 88 on the Maxim Hot women in the top 100 list.

Cook, who is one of the brilliant actresses is the member of “The Church of Jesus Christ of Latter-day Saints.” She married her longtime boyfriend Nathan Anderson in the year 2001 to whom she met in the Utah Valley University.

Later she moved to Salt Lake City at Utah to be with him. Currently, they reside in Los Angeles, California along with their two sons.

A 38-years-old A.J Cook is living a luxurious life along with her husband and two sons. They are living at their own permanent residence in Los Angeles. Her salary is reported to be around $100,000 per episode as reported by different sources which add up to her net worth. Her net worth is estimated to be $4 million.

A.J Cook who is recognized as Dre with her surname is 5 feet 6 inch tall in height.