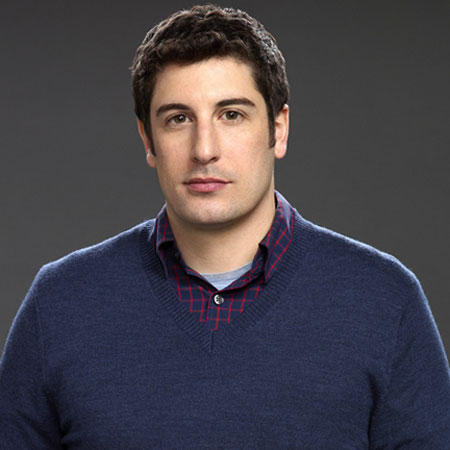 38 years old Jason Matthew Biggs is an American actor and comedian who rose to fame for portraying the role of Jim Levenstein in the American Pie series. As a voice actor, he also provided the voice of Leonardo in Teenage Mutant Ninja Turtles. He currently filming

Jason Matthew Biggs gained overnight popularity for his major role Pete Wendell in soap opera As the World Turns for which he was nominated for the Daytime Emmy Award for Outstanding Younger Actor in a Drama Series in 1995.

Jason Biggs was born on May 12, 1978, in Pompton Plains, New Jersey, United States. Regarding his ethnicity and nationality, he is a mixed British and Sicilian-American actor. He is the son of Angela and Gary Louis Biggs.

Jason brought up in Hasbrouck Heights, where he attended Hasbrouck Heights High School and obtained great success in tennis. After that, he completed his graduation from Montclair State University.

Jason Biggs started his acting career from a very early age when he was 5. He made his first appearance on television at the age of 13 after he featured in a one-off HBO special, The Fotis Sevastakis Story. The same year, he made his appearance with Judd Hirsch on Broadway in Conversations with My Father.

Jason Biggsï¿½s career took a huge leap in 1998 when he featured alongside Natasha Lyonne and Chris Klein in 1999 teen sex comedy film American Pie. He has played major roles in many movies like Saving Silverman, The Graduate, Anything Else and many others.

Jason Biggs also featured 2008 American romantic comedy movie Over her Dead Body alongside Paul Rudd and Lake Bell. He reprised his role in American Reunion as Jim Levenstein that was launched on April 6, 2012. He also took a job voicing Leonardo on Nickelodeon in Teenage Mutant Ninja Turtles in 2012.

After that Jason Biggs was engaged to Jenny in January 2008. The couple welcomed their first god gift baby boy named Sid in 2014. He is also active on Twitter and Instagram where she has earned huge followers on Twitter and on Instagram. The couple is expecting their second baby now.

Jason Biggs has an estimated net worth of around $13 million, which he has earned from his acting career. He stands at the height of 5 feet 10 inches and his current weight is 73kg.

My Best Friend's Girl Over her Dead Body