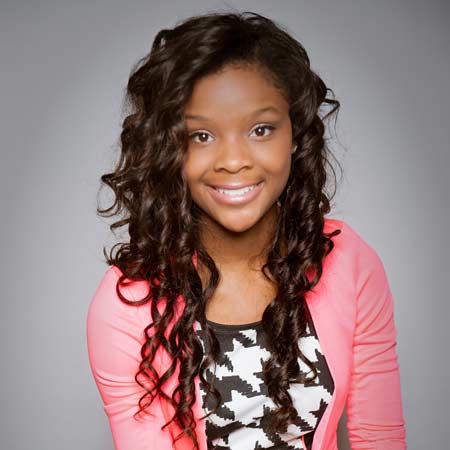 American actress, Ajiona Alexus made her Hollywood debut at the age of 16 from the show, The Rickey Smiley Show. Alexus earned the greater part of her popularity from this show. She then worked in several movies and TV series, however, she accumulated huge fame for her role in the hit television series Empire, 13 Reasons Why and movie, Acrimony. Alexus is also a singer and in 2013 released her debut single, Dream Big.

Ajiona Alexus was born on 16th March 1996 in Tuskegee, Alabama. Many of her family members are involved in singing and music composing which seems to have affected Alexus as well. Alexus falls under the birth sign Pieces which defines her personality to be selfless. She is American as per nationality and is of African-American ethnicity/race. 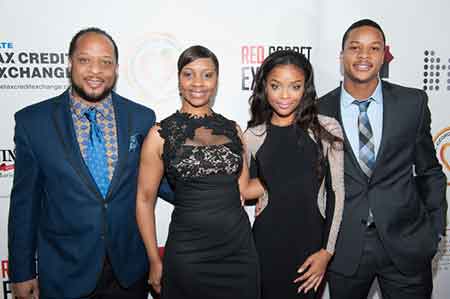 In 1999, she along with her family moved to Birmingham. At the age of 8, she performed her first monologue on stage.  Later, she received high acclaim for her performance in A Raisin In The Sun.

To further refine her acting skill, she attended the Alabama School of Fine Arts where she majored in Theater Arts. She then involved in several theater plays.

Ajiona Alexus debuted in 2012 from TV One’s sitcom, The Rickey Smiley Show.  She remained associated with the series until 2014 which also starred Rickey Smiley, J. Anthony Brown and Noree Victoria. Alexus appeared in 24 episodes of the series. 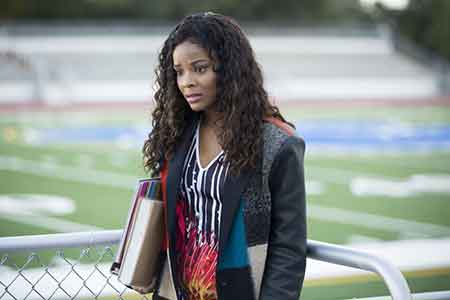 CAPTION: Ajiona Alexus in one of the scenes of 13 Reasons Why. SOURCE: Po

Alexus appeared as Marissa McKay in an episode of ABC’s Grey’s Anatomy sharing the screen with Ellen Pompeo, Patrick Dempsey, Justin Chambers, and Jessica Capshaw. She then worked in few of the television series among which she became popular for;

Alexus worked as Sheri Holland in the Netflix's TV series, 13 Reasons Why which is one of her most recognized roles. In the first season of the series, she performed a role of a little and cute cheerleader. However, in the second season, she would be performing a different character.

Alexus is an established singer as well. In 2013, she released her first single, Dream Big. She also keeps uploading her singing videos in her self-titled YouTube channel. As of 2018, her channel, Ajiona Alexus has over 8k subscribers and has uploaded 20 videos.

Ajiona Alexus is an emerging actor who has already worked in around 10 television series and movies. Some of her roles in the series and the movies are highly acclaimed by critics with which we can assume she has earned a whopping amount of money.

As of 2018, Arizona's net worth can be estimated in thousands of dollars, but the amount is still under review. Alexus has been a part of greatly successful movies like her 2018’s movie Acrimony collected $44.1 million at the box office which was made with the budget of $20 million.  She starred in the film with Taraji P. Henson, Lyriq Bent and Crystle Stewart. 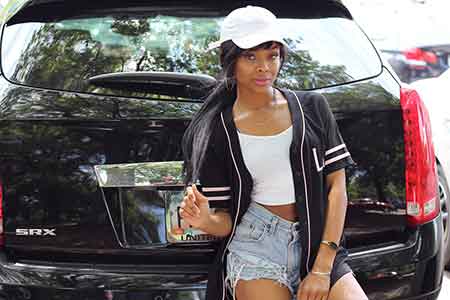 Alexus also makes a good amount from her YouTube channel. She owns a Cadillac SRX which cost around $11k.

The 22-year-old actress, Ajiona Alexus seems to be focused on her career and not involved in any kind of serious relationship. Despite being active on social media, she rarely shares her personal life and relationship status with her fans. However, based on the information we have, she might be living a single life at present.

Alexus is a fun-loving girl. In a recent interview, she talked about her hobbies and interests. There she said that traveling is one of her favorite things to do in free time. Moreover, she said she loves to hang out with her friends whenever she has spare time.

Here we present a video in which Ajiona Alexus talks about her role in her 2018 movie, Acrimony: