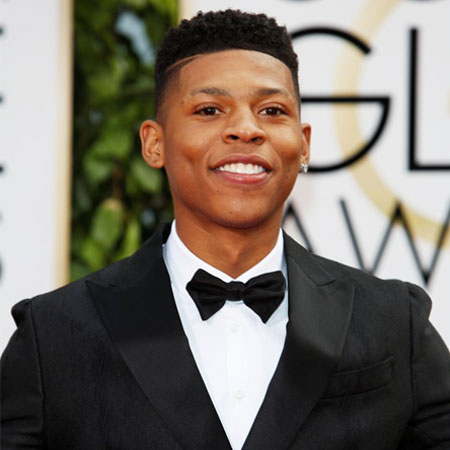 Bryshere Y. Gray, an American actor, and a rapper is known by his stage name 'Yazz The Greatest or just 'Yazz.'  He is popular for playing Hakeem Lyon in Fox's primetime musical drama TV series 'Empire.'

Born on November 28, 1993, in Philadelphia, Pennsylvania U.S., Gray's mother raised him and his brother and a sister all by herself.

Gray, age 24, was very fond of football since his childhood. He was on his high school football team. Unfortunately, Gray suffered from serious injury at the age of 16, and his football career couldn't carry on.

Later, Gray diverted to music; he was interested in rapping.  He had already written his first song when he was 9.

Gray started performing on streets while worked at Pizza Hut to sustain himself financially.

Since 2013, Bryshere Y. Gray's 'Yazz' has played in Jay Z's 'Made in America Festival, The Roots' Picnic Festival and at Power 99FM's Powerhouse Concert. In addition, Gray has opened for rappers like 2 Chainz and Fabolous.

Columbia Records signed him and Smollett as solo acts in March 2015.

Bryshere Y. Gray portrayed Michael Bivins in the 2017 miniseries 'The New Edition Story' by BET. Gray received an image award nomination for 'Outstanding Supporting Actor in a Drama Series' for his role in 'Empire.'

In an interview with Cosmopolitan on February 2nd, 2015, Gray mentioned that he doesn't have a girlfriend, that he was single.However, soon after the interview photos of him hugging it up with aspiring singer Allonie Janet started surfacing on her social media accounts.
Gray seems to have quite a thing for singers. He has mentioned he'd like it very much to have Taylor Swift featured in 'Empire.' Apparently,  he had a thing for singer Tinashe and then he was also seen around with Jhonni Blaze.
There were rumors that Gray and his co-star Serayah are a couple, they were seen together on the November 2016 cover of Seventeen magazine.  However, Gray says Serayah is only his 'TV bae'

Bryshere Y. Gray came from having nothing to being on TV. His current worth is $2 million. Most of his income generates from being an essential part of the show 'Empire' and his stage performances as 'Yazz'.