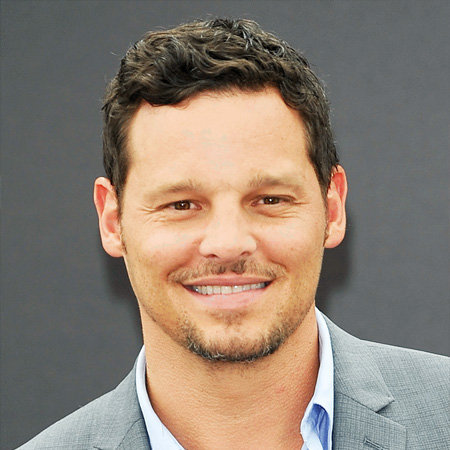 Justin Chambers is an American actor and model who is perhaps known best for his appearance as Dr. Alex Karev on the hit medical drama Grey’s Anatomy.

Started his acting career with a recurring role in the soap opera Another World, and he made his feature film debut with a supporting role in 1999's comedy-drama, Liberty. His breakthrough role came in 2005 when he was cast as Dr. Alex Karev in the ABC medical drama series Grey's Anatomy.

He was born on 11th July 1970. He was born in Springfield, Ohio to parents Pam and John Chambers and has a fraternal twin brother Jason. He also has an older brother and two sisters. He supposedly suffered a lot from pneumonia as a child.

Justin attended the Southeastern High School situated in Ohio as a child. He then studied in the Springfield Clark JVS before pursuing his career as a fashion model and an actor. After being discovered by the modeling scout on the metro of Paris, Justin represented Calvin Klein in a fragrance campaign as a model.

His modeling career expanded with him working in Europe, the United States as well as Japan for brands like Armani, Calvin Klein, Dolce and Gabbana, and many more.

To pursue a career in acting, he then moved to New York and earned the role in Another World and New York Undercover.

Cast In Cast in the CBS

Justin was also cast in the CBS primetime soap opera Four Corners and also appeared in other TV shows like Harvest of Fire Rose Hill as well as Seasons of Love. His movie career includes acting in Liberty Heights, The Wedding Planner, The Zodiac, The Musketeer, Cold Case, Hysterical Blindness, etc.

His most notable role up to date came about in August 2004, when he was cast as surgical intern Alex Karev in the hit medical drama Grey’s Anatomy. He was awarded other members, a Screen Actors Guild Award for Outstanding Performance by an Ensemble in a Drama Series on 2006. He was also cast on Private Practice.

Justin has a net worth of $18 million accumulated mostly through his acting and popularity on Grey’s Anatomy.

His salary per episode on the show has been considered to be 125 thousand dollars per episode. This hunk with a height of 5 feet 11 inches has won the hearts of many.

Chambers started dating his present wife Keisha Chambers in 1992 after they met when he was modeling. Keisha is a former model agency broker. After a year of dating, this couple married in 1993. After their marriage, they had five children together.

The couple moved to Los Angeles from New York recently with their children. He has also been said to suffer from a biological sleep disorder.

He and his wife are doing pretty well for themselves and their relationship seems to be going on pretty smoothly and is not moving towards divorce.