How Much Is Canadian Actress Kristin Kreuk's Net Worth? Her Career Highlights!! 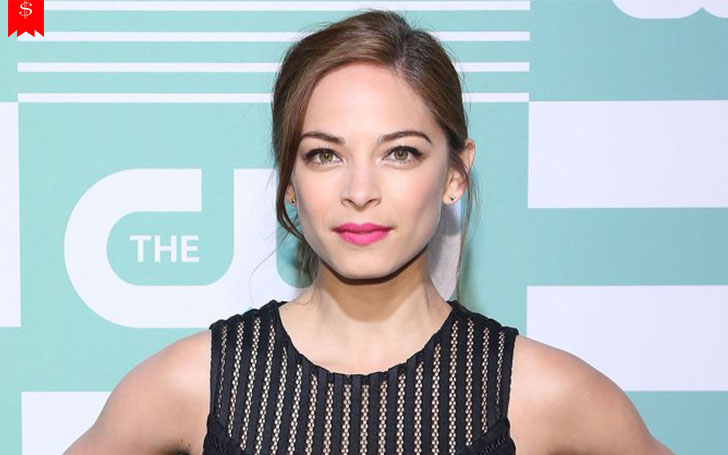 Canadian actress Kristin Kreuk started her career in 2001 from the Canadian teen drama Edgemont. Coming to 2019, Kreuk has spent 18 years of her life in the acting industry. During this time, she has not only rose as one of the successful Canadian actresses of the modern era but has also earned copious net worth.

Famous for the movies like Street Fighter: The Legend of Chun-Li and Snow White: The Fairest of Them All, Kreuk's reached the acme of popularity after playing in the superhero TV series Smallville. But, her acting is not the only thing she is known for-she is also known for her earnings.

She has accumulated an impressive amount of money from her career and has maintained a good net worth. But how much? To know, scroll down.

What Is Actress Kristin Kreuk's Net Worth?

In a similar manner, actress Kristin Kreuk hides almost all of her private details from her fans. However, tabloids like Celebrity Net Worth have revealed her estimated net worth. As per the site, Kreuk's net worth is estimated to be around $6 million in 2019.

The Smallville actress has earned the wealth majorly from her acting career. Starting in 2001, Kreuk has worked in more than a dozen television series and films. More specifically, her roles in Smallville and Beauty & the Beast have earned her an exquisite amount of money.

Moreover, she also earns from sponsors and endorsement deals. Back in the early 2000s, Kreuk served as a spokesmodel for Neutrogena, a beauty brand. As part of her endorsement deal, she also promoted a campaign for the brand. Later in 2005, she renewed her deal with the brand for two more years. Apparently, she became the longest-serving spokesmodel for the brand at that time.

The 36-year-old Canadian actress Kreuk debuted in her acting career from a teenage soap opera Edgemont in 2001, when she was only 18 years old. Later, she landed her first leading role of Snow White in a television movie, Snow White: The Fairest of Them All.

Afterward, Kreuk's agent sent an audition tape to screenwriters Alfred Gough and Miles Millar, who was searching for the suitable actors for their upcoming WB Network project Smallville. For some time, she worked both in Smallville and Edgemont, however, later her role in the latter diminished.

Her part in Smallville ended in early 2008, however, she later made her guest appearances in some of its episodes. Kreuk's other television credits include Chuck and Robot Chicken. From 2012-2016, she worked in the main role of Catherine Chandler in Beauty & the Beast.

She is currently portraying the main role of Joanna Hanley in the Burden of Truth. The series stars Peter Mooney, Star Slade, and Alex Carter among others. Moreover, she is also the executive producer of the show that started in 2018.