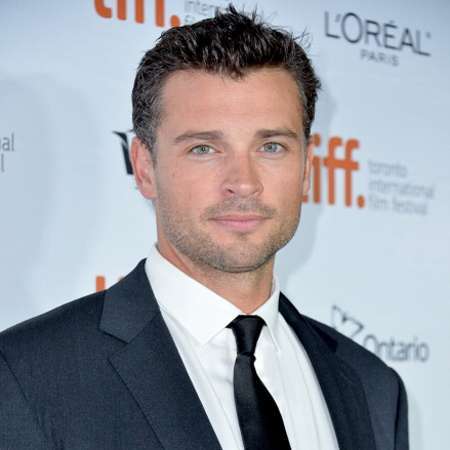 Tom Welling, an American actor/director, is best known for his role as Clark Kent in The CW superhero series Smallville. He played the role in the series for nearly a decade from 2001-20011. He is also mostly known for his role on the Fox drama series Lucifer. Besides, he also appeared in several movies like Cheaper by the Dozen, Cheaper by the Dozen 2, The Fog, The Choice, and Draft Day.

Tom Welling was born Thomas John Patrick on April 26, 1977, in the lower Hudson Valley, New York, United States of America. He is of German descent and American nationality. He spent his early childhood in different places in the United States.

Welling attended Okemos High School, located in Okemos, Michigan. He used to act in the stage programs during his school times. He also switched himself towards sports and was a good player in baseball and soccer.

Welling's favorite games in sports are basketball and belonging to one of the 4 children of his family, he was much loved by his elder sisters and from whom he got motivated. Originally, he is also a construction worker who worked during the year 1998 before entering into the entertainment industry.

Welling began his modeling career in the late 1990s. He worked few years for Louisa Modeling Agency. Then, he modeled for Calvin Klein, Hilfiger, Abercrombie & Fitch. In 2000, he was featured in Angela Via’s music video Picture Perfect. Then, he started appearing in a guest role in several TV series.

In 2001, he was cast as Clark Kent in the WB/CW superhero TV series Smallville. He played in almost all episodes of the series. The series aired from 2001-2011. He currently appears in the TV series Lucifer alongside Tom Ellis, Lauren German, Kevin Alejandro, and D. B. Woodside Lesley-Ann Brandt.

Tom Welling's Net Worth And Earning

Tom Welling has earned a considerable amount of net worth from his prolific career which as per Celebrity net worth is around $14 million. For a year from 2009-2010, he was cast in a TV series Smallville and received a salary of $175,000 per episode. In the series, she shared the screen along with  Kristin Kreuk, Michale Rosenbaum, and Allison Mack.

Tom Welling is a married man. After a long dating, Welling tied the knots with his girlfriend Jamie White in 2002. Despite their loving and long relationship, the couple divorced in 2015.

Tom stated in one of his interviews that he had many girlfriends during his college time. He even mentioned that he was not very serious about the affair he had maintained. But after meeting with Jamie White Welling during the year 2001 she was into a serious affair with her.

Unfortunately with various misunderstandings and conflicts that arose in their married life made them get separated.

This might be the reason in the recent year 2015 this couple got officially separated from each other after having a divorce. The major reason for their conflicts is still unknown among the people. Following their divorce, Welling started dating Jessica Rose Lee, is the founder of Saddler Club. The couple is still together.

Welling loves playing guitar during his spare time and most of the time loves spending quality time alone reading books and novels with the best writer written.