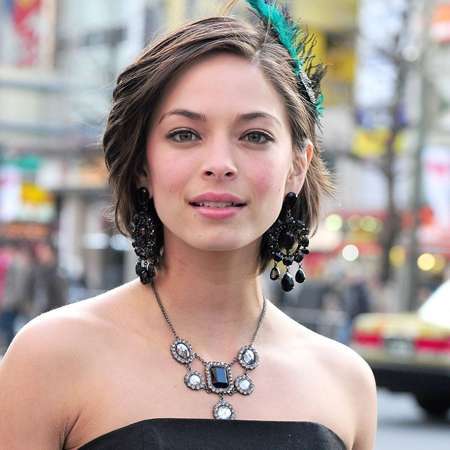 Kristin Laura Kreuk is best known for playing Lana Lang in the superhero TV series, Smallville. She is a Canadian actress who debuted her career in a Canadian teen drama Edgemont.

She won the People's Choice Awards in 2014 and 2015, for her Favorite Sci-Fi/Fantasy TV Actress for her works in Beauty And The Beast.

Kristin Kreuk was born on 30th December 1982 in Vancouver, British Columbia, under the birth sign Capricorn. She is a proud daughter of Peter Kreuk, who is of Dutch descent, and Deanna Che who is of Chinese ancestry. Both of her parents are Landscape architects.

Kristin Kreuk graduated from Eric Hamber High School. Although, she did a few stage work in school; Kristin officially started her acting career after her graduation. She then went to an open casting audition for Edgemont which was a teen-drama series on CBC television in Canada and was selected as one of the main characters in the series.

Kristin Kreuk s career was all set to take off after she landed on the highly acclaimed WB television series, Smallville in 2001. She played the character of Lana Lang, alongside Michael Rosenbaum, Tom Welling, Kristin Kreuk, and others.

Furthermore, Smallville was proved to be a huge step for Kristin’s acting profession, as she got to feature in many interviews for several magazines including Rolling Stone and YM. Afterward, she appeared in several TV series including Snow White: The Fairest of Them All, Ben Hur, Beauty, and the Beat, and more.

Kristin Kreuk also appeared in a comedy movie, Euro Trip, playing the character of an unfaithful girlfriend. Kristin became the longest-serving spokesperson for Neutrogena after renewing her contract deal. Similarly, Kristin since appeared in many notable movies such as Vampire, Irvine Welsh’s Ecstasy, Space Milkshake, and Street Fighter: The Legend of Chun-Li.

Along with her friend and co-star Rosena Bhura, she started a production company named Parvati Creative Inc, which mainly focuses on Human-Centric films as seen through a female lens. Its first production was a short film named Blink directed by Rick Rosenthal.

Kristin Kreuk's Net Worth And Salary

Kristin Kreuk's net worth is estimated to be $6 million at present. She earned a huge amount of salary doing several popular TV series and movies.  Along with movies and TV shows she also earns from different endorsements, ads, sponsorship which surely increases her net worth rapidly.

With her spotless skin and gorgeous flowing hair, Kristin Kreuk looks very ravishing on the screen. She doesn't have a husband yet; however, looking at her past records, she was in a relationship with Canadian actor and Musician Mark Hildreth.

Kristin doesn’t prefer to discuss her personal matter with the world as she always stays as tight-lipped as possible. Only a few selective information is let out of her, but there is no reliable information about her recent personal relationship.