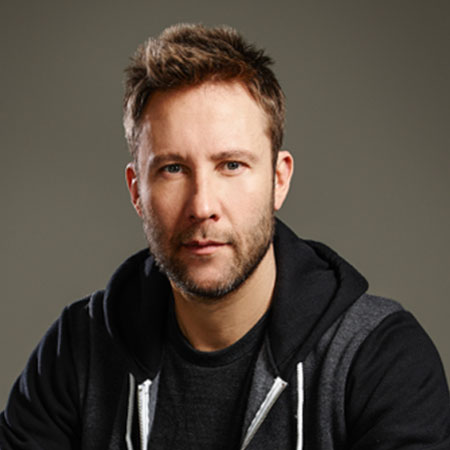 Michael Rosenbaum is well known to be an American actor and producer who is remembered for the role of Lex Luthor in  Smallville, a television series based on DC Comics character, Superman. He is also admired for his work in the American comedy film, Sorority Boys. Rosenbaum has played the character of Dutch Nilbog in the Fox channel series,  Breaking In and performed exceptionally well in the lead role in the television series, Impastor.

Michael Rosenbaum was born Michael Owen Rosenbaum on 11th July 1972 in Oceanside, New York in the United States. He grew up in Newburgh, Indiana with his mother Julie, his father Mark Rosenbaum, and his family which consisted of his siblings.

His mother was a writer and his father worked at a pharmaceutical. Rosenbaum is an American by nationality and Jewish by religious faith.

Rosenbaum got his early education at Castle High School and he got his higher education from Western Kentucky University. He was a member of Sigma Alpha Epsilon during his university days.

Rosenbaum graduated with a degree in theater arts. After finishing his studies, he shifted to New York City to learn acting and pursue a career in it.

First spotted in New York by Vincent Letizia, an MTV Networks intern, Michael Rosenbaum was supposed to feature in an MTV-designed reality show but the show never materialized. He made a movie debut in the year 1997 as The devil in the movie The Devil & the Angel.

Rosenbaum has worked in over a dozen movies ever since. Some of his notable roles area as Parker Riley in the 1998 Movie Urban Legend, Kyle in the 2005 movie Cursed, and Gil in the 2012 movie Hit and Run. His latest movie is Guardians of the Galaxy Vol. 2 which is in its post-production stage.

Similarly, Michael Rosenbaum made his first television appearance in 1998 as Jonathan Summers in the show titled The Tom show. Followed by that, he has appeared in over a dozen popular television shows including Batman Beyond, Static Shock, Smallville, Jackie Chan Adventures and It's Always Sunny in Philadelphia. He played the lead role of Buddy Dobbs in the 2015- 2016 television series, Impastor.

Michael Rosenbaum has a long experience of working in the entertainment field. He has already worked in many big blockbuster movies and television series because of which he draws a good amount as his payment. According to sources, the estimated net worth of Michael Rosenbaum is around $ 2 million, as of 2019.

In 2017, the actor was cast in a superhero movie Guardians of the Galaxy Vol. 2 which became a huge hit at the box office grossing over $863 million worldwide. He undoubtedly received a good amount from the movie's box office collection.

Michael Rosenbaum was in an affair with his girlfriend, Laura Vandervoort. The relation didn't have a fairytale ending as they broke up in 2013. They first met each other on the set of Smallville in 2007 and started dating sometime later in 2012.

Sources reveal that Rosenbaum has been in a relationship with other beautiful actresses like Candice King and Danielle Haris. He dated both of the actresses in 2010, but the relationship could not last long.

There are also rumors of his affair with Kelly Brook, but the news has not been confirmed. Michael Rosenbaum is not married yet, and he does not have children either.

Rosenbaum is rumored to have a romantic link with Angela Steelman and Angel Boris Reed. As of now, the actor is probably single.

Standing at six feet above the ground, Michael Rosenbaum is tall in height. He is healthy and handsome. He has properly maintained his physique and health. Rosenbaum has hair of dark brown color and his eyes are of blue color.