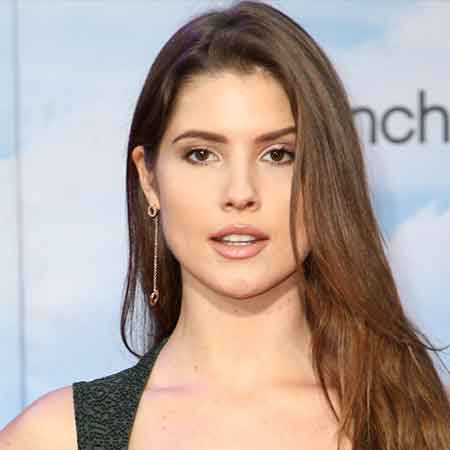 Social media star Amanda Cerny is one of the most stunning YouTubers at present. She rose to fame after being the Playboy Playmate of October 2011. A graduate student-back then eventually turned out to be the popular model.

After making her name in a modeling industry, she branched out into social media (YouTube and Vine). After posting several comedy videos on a daily basis, she quickly garnered millions of fans online. How much net worth the diva has accumulated as of now? What are her income sources and lifestyles? Let’s explore!!

What Is the Current Net Worth Of Amanda Cerny? Details On Her Income Sources

Model/actress, YouTuber, and fitness professional Amanda Cerny who is one of the most entertaining and beautiful female YouTubers in the world at present earns a ton of amount from her numerous endeavors.

According to the Celebrity Net Worth, her net worth is $500K as of September 2018. But, the figure is not satisfactory and accurate. She does a lot of hard work and tireless efforts shooting, editing and creating content on her social media definitely deserves more than $1 million. 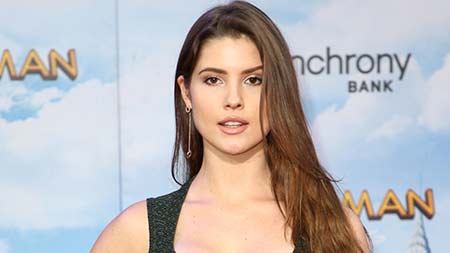 She has two YouTube channels; Amanda Cerny and Amanda Cerny Vlogs which have 2.6 million+ and 1.2 million+ subscribers respectively as of September 2018. On an average, her video receives over 400K views on YouTube.

YouTubers normally earn $2-$5 per 1000 monetized views. And, they get 40%-60% advertisement views from the total views. Considering the fact, she roughly earns over $500K annually only from her YouTube.

She also gets a hefty amount for each sponsored content on her Instagram where she has 22.8 million + followers as of now. Apart from this, she makes her money for appearing in numerous TV films and drama series.

How Is Amanda Cerny's Lifestyle? Is She Involved In Any Benevolent Works?

A popular YouTube sensation has such a lavish life which is a dream for many girls who are similar to her age. She frequently flaunts her gorgeous looks on her Instagram. A health-conscious lady practices high-intensity workout (place thrusters, burpees, front raises, and churches).

She regularly trains with her personal trainer/fitness model boyfriend Johannes R. Bartl. She even shares fitness tips and secrets to her well-wishers and followers via her fitness Instagram account, Cernyfit.

As a professional model, she often goes for photoshoots and wears expensive clothes and ornaments.

Cerny resides in an apartment in Hollywood, Los Angeles with her boyfriend. In the same building, the fellow YouTubers (Logan Paul, Jake Paul, Lele Pons, and Junapa Zurita) resides.  According to The New York Times, the apartment’s rent starts at $2500 a month and they moved there sometimes in 2014.

Cerny is not only popular with her professional endeavors but also with her philanthropical aspects. She has been involved in numerous charitable causes and movements throughout these years.

She founded her own charity organization Play Foundation in 2010 to help less fortunate people in Haiti. In 2015, she was a part of non-profit initiative ChangeUr- an initiative that helps to raise funds for needy children.

Amanda Cerny became interested in working with Playboy after seeing the picture of Playmate of October 2008. She began sending her photographs to the editorial team of Playboy after she enrolled at Florida State University International Affairs.

During her junior year, Playboy mansion invited her to visit and performed a test shoot. She grabbed the opportunity and became the Play Boy PlayMate of October 2011. She eventually dropped out and flew to Los Angeles to chase her dream.

Also See: Amanda Cerny Single or Married, Is she dating? Who is her Boyfriend? Know about her Affairs!!

In 2013, she joined the former video-sharing app Vine and began uploading comedy skit videos. After sometimes, she gained a massive popularity and became close to numerous fellow viners. She then also posted her content on YouTube and Instagram. She has collaborated with many fellow YouTubers and social media star.

Cerny has also made a guest appearance in numerous TV series and short films to date.