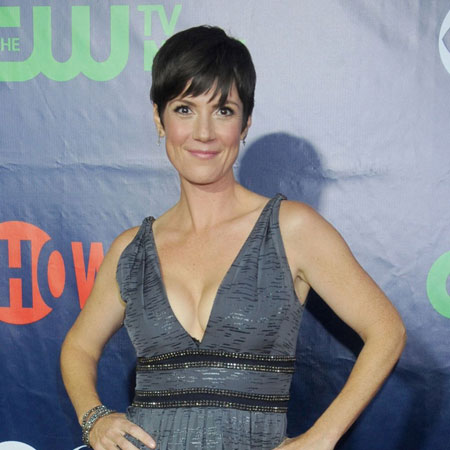 American actress, Zoe Mclellan is known for her portrayal as Petty Officer, Jennifer Coates in the CBS procedural JAG. Her other notable roles include as Lisa George in the ABC comedy-drama soap Dirty Sexy Money, and as Meredith Brody in the CBS series NCIS: New Orleans (2014–2016). She has appeared in the films such as Imaginary Crimes, Mr. Holland's Opus, Reunion, Inside Out, One Fall, and Back to L.A. She played a lead role as Agent Meredith Brody in an American TV series, NCIS: New Orleans.

Zoe McLellan was born in La Jolla, California, United States of America on November 6, 1974. The detail information about her parents is not available but their status is divorced.

Jeremy is her half-brother on her father's side and also has a younger half-sister, Ca s sie, on her mother's side. Her nationality is America and bears citizenship of United States. Her star sign is Scorpio. She is white by ethnicity.

Joe spent her early childhood in Washington. She went to South Kitsap High School in Port Orchard where she was homecoming queen.

She made her debut on Television career from American science fiction and fantasy television series Sliders alongside Sabrina Lloyd, Cleavant Derricks, Jerry O'Connell, and others.

She was also featured in Diagnosis: Murder, and Star Trek: Voyager. In 2001, McLellan got a chance to act in fantasy film Dungeons & Dragons as a major role. She was also cast in ABC soapy comedy-drama series, Dirty Sexy Money as the wife of Peter Krause's character. The series was on aired only for two seasons until it got canceled in 2009.

McLellan began playing in the CBS procedural, NCIS: New Orleans as a leading role from 2014. She has also cast in several short films like Person, Place or Thing as Alexis and Inside Out as Katherine Taylor. McLellan has also provided her magical voice for the character Alice for Animated film Back to L.A.  Joe from her early childhood she wanted to be on the Television.

The beautiful actress is a singer and songwriter as well. She has also performed at King King Club in Hollywood. She also has many relatives who are in permanent residence in New Orleans. From 2017-18, McLellan was a cast in the political drama TV series Designated Survivor. In the series. she played the role alongside Kiefer Sutherland, Natascha McElhone, Adan Canto, Italia Ricci, and LaMonica Garrett.

As of 2018, Zoe McLellan has played the number of iconic roles in both movies and Tv series. She has an estimated net worth of around $5 million as per Celebrity net worth. Moreover, she has earned a decent amount of salary from her career.

In the year 1995, the actress played the role in the drama movie Mr. Holland's Opus along with Richard Dreyfuss, Glenne Headly, Jay Thomas, and Olympia Dukakis. The movie also became the quite hit at the box office grossing more than $100 million against its producing cost $31 million.

Zoe McLellan has kept information about her personal life and affair from her early life under wraps. Joe was married to German-born actor J.P. Gillian in 2012. After her husband, Gillian got divorced from her previous wife Aura Lee in 2010 after a two year long married life. Their affairs story was all over the news even before their marriage.

Joe and Gillian used to visit the park and also attended several functions together. They used to express their love and comment on their married life in the media. After three years of married life, they got separated in 2015  filing for custody of their son. They were finalized their divorce in the following year.

After their divorce, the actress is leading a low-profile life. Real Housewives of New York City star, Kelly Killoren Bensimon told McLellan about her dating on the newest edition of PEOPLE’s Mom Talk and she replied

“That’s the thing, because I feel like if I’m saying that I want to date, I need to figure out how to do it,”

McLellan is raising her 6 years old son as a single mother. She is a big fan of a great gla s s of red wine and a delicious bowl of pasta made from scratch. She is a huge fan of Katy Perry, is regarded as one of the prominent figures in the world of music. She is also quite active on social media like Facebook and Instagram with thousands of followers.