Zendaya speaks up of her relationship with Odell Beckham 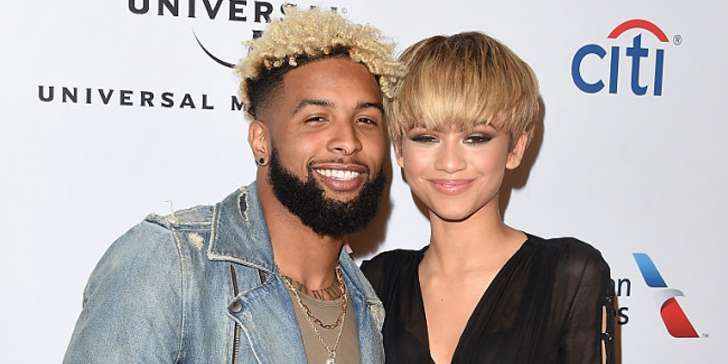 Zendaya Maree Stoermer Coleman, known popularly as Zendaya, is an American actress, singer, dancer, and model. She has worked in films like Step Up and seen in the reality TV shows Dancing With The Stars. During this year’s Grammys, Zendaya and Odell Beckham Jr. grabbed a lot of attention, made a lot of news and caused sparking rumors about them dating. They were spotted out together at Universal Music Group's afterparty. She recently opened up about their relationship during a sit-down with New York’s 92.3 AMP Radio. However she did not confirm whether or not the two were in some kind of relationship or a couple but she did reveal that Beckham is “auditioning” to win her over, with her father’s approval, of course. This explains there is much more to this affair. “It wasn’t really a date,” she said to a source. “We went to some events together because we’re friends…Even if it does progress; you gotta go through my dad first. Just because you are in the NFL and you’re killing stuff right now doesn’t mean you get to skip passed pops.” Thank god for Beckham that he did receive an approval from Zendaya's father and now has been cleared to take her for a second date.

His father said to have pretty much liked him. When asked about Beckham, he simply said that he is a nice guy like a fine gentleman and has been brought up well. Oh well looks like her father is quite impressed and is okay with his daughter's relationship with him. If their relationship does become more serious, Zendaya and Beckham would certainly make for a power couple. Last month, the singer-actress revealed that she had officially become the new face of CoverGirl. Her first CoverGirl TV commercial aired live during the Grammys on Feb. 15. She's already an X Out spokeswoman and in September she became the first celebrity ambassador for Chi hair care. Her net worth is $1.5 million.

Beckham, on the other hand, has been regarded as the NFL’s best receiver. Back in December, Sun Times reported that through his first 25 games, Beckham had more receptions and receiving yards than any other player in NFL history. The New York Giants wide receiver was featured on the cover of the new Madden '16 video game and has sponsorship deals with Nike and Foot Locker. He also starred in a commercial for Head and Shoulders. His net worth or salary is $2.3 million. These two could make an absolute couple that could go huge. With their work and good family backgrounds there is no room for flaws.