YouTuber iDubbbz Rumored to be Gay, Are The Rumors True? Details About His Affairs and Relationship! 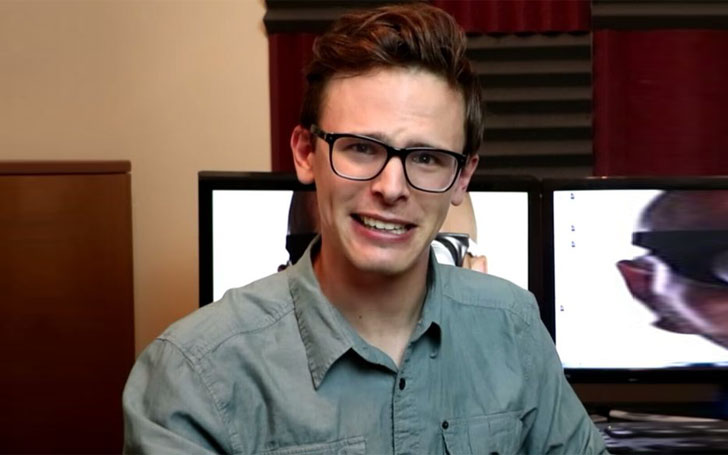 YouTuber IAN aka iDubbbzTV is a literally a big name in the YouTube community. With more than 7.45 million subscribers as of 2019, he is best recognized for his gaming videos.

The YouTube gamer became one of the most talked-about YouTuber in 2016, all thanks to rumors claiming he IAN is gay. What became of those rumors? Is IAN Dubbbz gay? Or, are the rumors false?

IAN Dubbbz whose real name is IAN Carter was rumored to be gay after a video titled “Edward Watermelon-Hands” was uploaded by MaxMoeFoe on May 19th, 2016, In the video he requested iDubbbz to jump down from the table and ask him to say ''some gay shit.''  Immediately after that IAN  jumped down saying “I’m gay.''

Was that IAN's way of coming out, or was it just a joke? It did seem like he was just having some fun with friends. But, why make it about being gay? If he's not gay and made jokes saying ''some gay shit'', isn't he being homosexual?

Here's the video for reference:

Apparently, IAN isn't gay, he even has a girlfriend. So, was the video just for fun or a bit homophobic? It does lean toward being offensive if not homophobic.

iDubbbz is Gay, Details About His Girlfriend

Don't fall for his, ''I am gay'' video, iDubbz is not gay. He is apparently straight and has a girlfriend as well. He is in a relationship with a fellow YouTuber named Anisa Jomha is originally from Alberta, Canada.

Talking about her boyfriend Ian Carter In one of her AMA videos (ask me anything) Part 2, she said that IAN is her inspiration and that he forces her to do better. Together, the two also featured in a number of YouTube videos.

This sounds really cheesy but Ian really pushes me to be better whether it's editing, filming..... putting out stuff he really inspires me

She also answered the question about their first meeting, here's what she said:

Sources reported, their relationship started through boredom. She attended Twitch Con and was alone in the hotel. She noticed her future boyfriend Idubbbz and they started talking nonstop. Just a few hours after, the YouTuber picked her up from the hotel. It was their first encounter.

So, it looks like iDubbbz is not gay and he and Anisa are in love with each other. Also, the couple has their names mentioned in their Instagram's descriptions.

Do you think it is okay for celebrities to make fun of being gay, or say they are gay in comedy videos randomly for views?

Well, iDubbz sure did get his 15 minutes of fame. And for all of those in confusion, it is now pretty clear that iDubbbz is not gay!