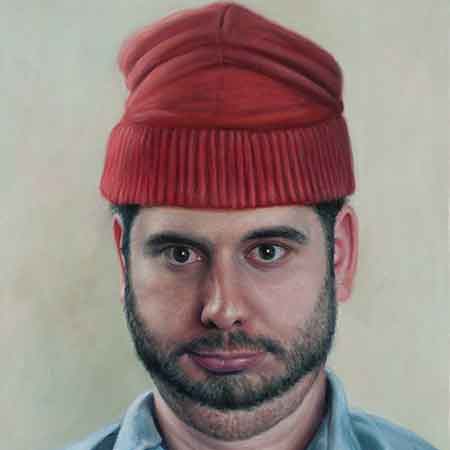 Ethan Klein an American social media celebrity well known as the creator of the comedy YouTube channel h3h3Productions. He along with his wife Hila Klein runs a comedy podcast channel named Ethan and Hila. The channel swiftly made a hefty subscription with 6.2 million followers as of 2019. The channel mostly covers a variety of topics, some controversial.

Ethan Klein was born Ethan Edward Klein on June 24, 1985, in Venture, California. He was born into an Ashke - Jewish family to Gary Kelin and Donna Klein. His paternal grandfather was the late American movie and television producer Leonard Katzman.

He attended Beuna High School. Later he studied English Literature at the University of California, Santa Cruz from 2004 to 2009 and graduated with a Bachelor of Arts degree in creative writing.

Ethan Klein started his career as a marketing executive in Israel. From 2011 he began his career in the social sites. In 2011 he made his own Youtube channel named h3h3Productions. In a short time period, he was able to gain millions and millions of subscribers and viewers.

The main form of content is the h3h3 reaction video. The channel gained fame for criticizing specific Internet trends and personages as well as the policies of YouTube itself. Among all his videos, the most popular video is The Fine Bros Rant which earned almost 3 million views in just one month. His video How to Kiss also became very popular.

In 2017, Ethan Klein and his wife launched the H3 Podcast. A separate Youtube channel was developed for the podcasts and for other highlights. Renowned guests including Jordan Peterson, Pewdiepie, Jake Paul, Bo Burnham, Post Malone, Jenna Marbles, and Shane Dawson among others.

Ethan Klein Net Worth And Salary

Klein is more known for his channel as he attempts his best to bring attention to serious social problems and issues in the faith of calling the right attention which may provide a solution to the problems.

Moreover, he also sold merchandise on their h3h3 website. All these sources of income add up to his net worth estimated to be not less than $1 million.

From September 5 to 12, 2017 the couple along with Alex Hirsch, Justin Roiland, Dana Terrace and Youtube prankster Joey Salads raised over $200,000 in donations to Direct Relief for the victims of Hurricane Harvey in Texas.

Ethan Klein is a married man; tied the knot with social media star Hila Klein. The couple began dating in 2011 in Israel while he was on a trip.

After a few months, they married in 2012, in Israel. However, the couple does not have any children until now.

In 2015, Klein and his wife faced a big controversy. Matt Hosseinzadeh, YouTube user filed a civil action against them, over a video Klein had produced for his channel. Their fans collected more than $130k to fight back against a copyright claim.

Check out this hilarious video from his channel.