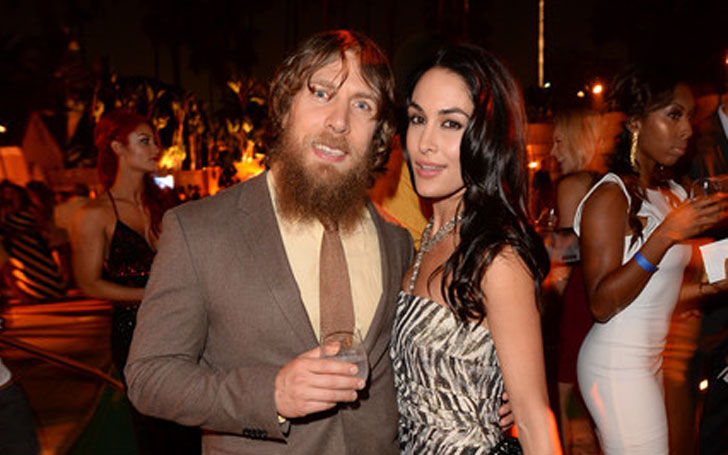 Most of WWE romances start with a scripted frictional story. WWE power couple Brie Bella and Daniel Bryan are no exceptions as well. At first, their romance was only for the show, Monday Night Raw. But later their on-screen romance turned into real-life marriage.

Brie Bella and Daniel Brya started dating in 2010 and married on April 11th, 2014. The couple is blessed with a daughter, Birdie Joe Danielson. How is their married life going on? Here we have some interesting details about their married life.

WWE stars Brie Bella, and her husband, Daniel Brya's romance, started with a scripted frictional story.  But love slowly blossomed between WWE stars during the episodes of Monday Night Raw in 2010. During the period of their scripted romance, it was disclosed that Bryan is dating Gail Kim secretly. But as time went by, the scripted romance later turned into reality.

What a throwback!! Almost 7 yrs ago!! Who would of thought these two were going to get married and bring a baby into the world together!!! #tbt #braniel #briebella #danielbryan #repostpic #wwe

“It actually started as a storyline and then we really hit it off,” in an interview with PW Mania in 2013, 36 years old Bryan shared his love story, he told:

The 33-year-old Bella also shared her story with Wrestling Inc:

“I think people are going to be shocked how long we’ve been together, Cause I think—you know we never came out, we just kind of let our relationship come out as people saw us more together.”

After dating for about four years, Brie Bella and Daniel Bryan got married on April 11th, 2014 at L'Auberge Resort and Spa. The couple exchanged vows in front of their loved ones. WWE stars' fellows John Cena, Tyson Kidd, Cesaro and Jimmy Uso also attended the ceremony. The ceremony where Brie's twin Nikki Bella served as the bridesmaid was aired in the Season 2 finale of the reality series.

Also read: John Cena Proposed Nikki Bella At WrestleMania. Was It A Real Proposal Or Part Of The Script?

The couple also shared on the episode of Total Divas that their first night was nearly ruined by Sheamus and Ted DiBiase Jr as they walked in the room where they were about to make love. However, they pretended to be the hotel management.

38 weeks pregnant!!! And my husband is still quizzing me on Bella Brains, check it out on our YouTube channel, link in bio ?? #pregnancyglow #38weekspregnant #maternityfashion #kuteklever #dress

The Total Divas star also got semi-retirement from wrestling in 2016 as she revealed that she is expecting her first baby with her husband. However, she said she would return to the ring after they welcome their baby.

The duo welcomed their first daughter, Birdie Joe Danielson on May 9, 2017. Bella also revealed in a video blog that her husband wanted to have a son since his father wants a grandson.