Why did Selena Gomez suffer from Depression? Was it the public scandals or something else? 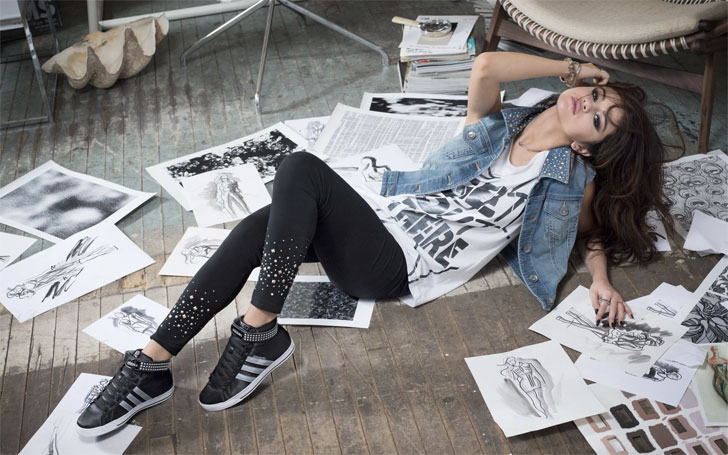 Selena Gomez, it's been such rough few years for her. But she's back from her break, she has a new man in her life ( The Weeknd), she looks better than ever and has many projects in her hand. However, it's not all sunshine and rainbow in her life still.

Selena Gomez recently admitted to Extra! in the premiere of 13 Reasons Why, a Netflix project she co-executive produced,  that she is still managing depression and anxiety and that it's a daily struggle. In 2017, she released two singles Bad Liar and Fetish.

When did Selena Gomez first suffer from Depression?

On October 17, 2015, Selena Gomez revealed to Billboard magazine that she was battling Lupus for three years already. It came as a shock to the world. Depression and anxiety are side effects of Lupus. Selena Gomez's depression might have started with Lupus.She even decided to take a break from the limelight in mid of Revival World Tour in 2015. She had already once before taking a break in 2013, in between Star Dance Tour.

What was the reason behind Selena Gomez's depression?

When it was out that Selena was suffering from Lupus and she decided to take a break, a lot of people speculated that it could have been all because of her public break-up with then-boyfriend Justin Bieber.

But it is clear that Selena went into depression as a side effect of Lupus and possibly because of all the constant media surveillance of her life that came after she was linked and broken up with Justin Beiber and not for Justin Beiber.

The sad part of the whole show is that the reason behind Selena Gomez's depression, apart from Lupus, could actually be the media that doesn't know its boundary.

Selena Gomez has admitted that she has decided to take a year break off social media as well from all the spotlight so that she can treat her depression and anxiety.

Selena Gomez made a public statement via  UStoday about her depression

"As many of you know, around a year ago I revealed that I have lupus, an illness that can affect people in different ways.  I've discovered that anxiety, panic attacks and depression can be side effects of lupus, which can present their own challenges,"

Selena Gomez has been so strong through all her battles, it has set a good example. Her AMAs acceptance speech was truly emotional and moving:

Congrats, @selenagomez! Here she is with a sweet message when accepting the #AMAs for Favorite Female Artist- Pop/Rock! pic.twitter.com/JCeE9IijDU

Even Kenneth M. Farber (Co-CEO and Co-president of Lupus Research Alliance) praised her

“it is not commonly known that depression, anxiety and panic attacks can be side effects of lupus. We are so proud of Selena for taking care of herself and bringing awareness to this sometimes very misunderstood illness.”

Who is helping Selena Gomez through all of this?

Selena Gomez spoke to Extra! on March 31, 2017, on the red carpet of her new Netflix project 13 Reason Why's premiere. She revealed that battling with depression and anxiety was a daily struggle.

Selena Gomez on 13 Reasons Why premiere

Selena Gomez also revealed that her friends and family were here biggest support system and are helping her through it all. So, it's true! Love is all you need to heal your wounds!