Who Was Cameron Boyce? Five Facts About Him Including Dating Life And Family 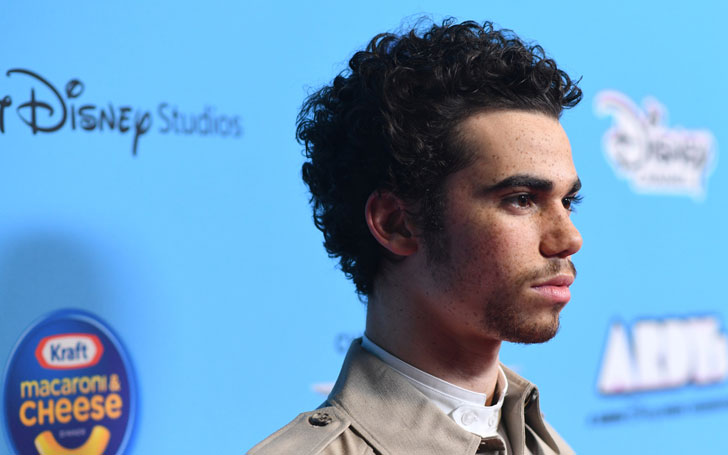 American actor Cameron Boyce, better known for appearing in movies and television series like Mirrors, Grown Ups, Grown Ups 2, Jessie, and Descendants died on Saturday, 6th July at the age of 20. He died in the hospital due to "an ongoing medical condition."

Fellow actors producers and his fans, all were devastated to learn about the loss. The actor, who saw a sublime acting career within a short span of time might have emerged one of the finest artists Hollywood has ever got.

On today's episode, we will be discussing Cameron’s journey from his birth to his death where he saw some phases of struggle followed by huge fame and reputation. Have a glimpse on his journey!

Cameron Boyce was born on 28th May 1999, in Los Angeles, California, the United States of America to father Victor Boyce and mother Libby Boyce. He grew up in LA with his sister Maya Boyce. In a recent interview, Cameron had discussed his Grandmother Jo Ann Boyce’s civil rights work.

I think they love their mom

In the interview, Cameron also discussed his mother, who was a social worker in health when the AIDS epidemic hit. Currently, she is coordinating homeless and is managing teams on Skid Row.

Cameron frequently mentioned his father had always been his best friend and was a source of inspiration for him.

2. Cameron Boyce’s Cause of Death

Cameron died on Saturday, 6th July 2019. His spokesperson announced that he died after having a seizure while sleeping. The announcement also revealed that the seizure was a result of an ongoing medical condition for which he had been treated. His family has not disclosed the exact medical condition.

Cameron Boyce, who started his professional acting career in 2008, appeared in numerous movies and television series which helped him to build a high figure of net worth.

Cameron Boyce’s net worth was $5 million at the time of his death. His acting career was the main source of his income, whereas endorsements and advertisements might have pushed his net worth higher. He lived in the Los Angeles house with his parents and younger sibling sister.

Cameron Boyce, who had been rumored to be dating various actresses throughout the years, had always denied being in relationships with anyone.

Talking about his first date, Cameron once revealed that he had a good first date story. He took a mysterious girl up to the outlook on Mulholland.

He mostly remained mum about his relationship status, however, he once revealed Beyonce and Shakira were two of his celebrity crushes.

Cameron was once rumored to be dating actress and singer Dove Cameron, but they later denied the rumors.

Going through Cameron's latest Instagram posts, we can see his growing friendship with friends but he rarely shared any photo that would hint his girlfriend. Once, he had posted a picture with Zoe Brown, but it is still unclear whether they were in a relationship or just good friends.

His rumored ex-girlfriend was Brenna D’Amico.

Cameron Boyce started his professional acting in 2008 and had appeared in numerous movies and television series before his death in 2019.

His notable movies and television series roles include Michael Carson in Mirrors, Keithie Feder inGrown Ups, and Grown Ups 2, Sam Holloman in  Eagle Eye, Carlos in Descendants, Herman Schultz / Shocker in Spider-Man and many others.