Who is the New Girl in Peyton Meyer's Life? All Information About His Dating Life Here 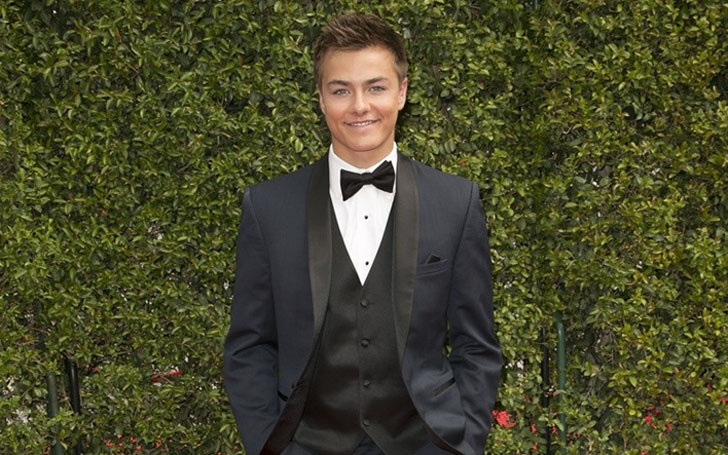 The Girl Meets World star Peyton Meyer is dating Vanessa Rose Lowden since February 2017. Before his new relationship, there were some rumors that he was dating Sabrina Carpenter. Just a rumor! There are also other rumors to this Disney star.

After Rumors and rumors all the way, Meyer is finally in a relationship with someone who seems right for him. Now let's take some time to look at how the news of this new relationship was confirmed.

Peyton Meyer and Vanessa Rose Lowden are in LOVE

The most happening place in April 2017 was Coachella music festival. Most of the celebs were there to enjoy good music and have fun. Amidst the crowd was the Disney star turned a complete hottie, Peyton Meyer. But he was not alone there.

Also Read: Is singer Sabrina Carpenter dating actor Peyton Meyer? Are they in any secret relationship? Find out

Peyton Meyer with his loved once

Can you find Peyton Meyer?

Found it! Who is the girl? Well, it's his new girlfriend Vanessa Rose Lowden. They are comfortable with each other, wrapped around each other. Along with them was The Thundermans actor Jack Griffo and Lab Rats: Elite Force actress Paris Berelc.

Also Read: Are Kira Kosarin and Jack Griffo, brother and sister from The Thundermans, actually dating?

Jack Griffo and Paris Berelc are dating IRL. And as a matter of fact, it was a double date. But this is not their first date. Meyer and Lowden were on a hiking date which was made public by Vanessa Rose via her Instagram.

It seems like they are having fun and Vanessa Rose is beyond happy to be with the Dog with a Blog star.  There are some fans who are jealous of their relationship, to be exact the ''Peybrinas'' shippers. They took the jealousy to Vanessa Rose's comment section.

The news of Peyton Meyer and Sabrina Carpenter came into the hype after they did a photo shoot where they did a pretend marriage just for fun. Now the pain is in both the star's life as they have a lot of shipper to them who do not want anyone else linked to them! But the truth is that they are not dating but they are close friends. And if we take some time to look at their Instagram, there are many photos of them together where it is clear that they are just friends.