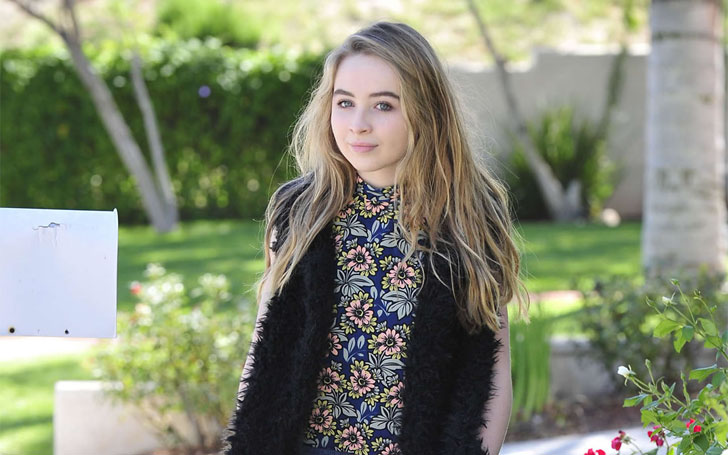 Sabrina Carpenter and Bradley Steven, the ultimate Disney couple, broke many hearts when they silently broke up back in 2015.

And no matter how ''mutual'' a breakup is or is made to seem, there's always someone who pulls the plug first. So, who was it? Was it Sabrina or Bradley who ended the relationship? Is she dating anyone currently? Let's dive into her dating life here.

Was it, Sabrina Carpenter who broke up with Bradley Steven or the other way round?

Sabrina Carpenter and Bradley Steven were voted the hottest couple of 2014. And a year later, it's everywhere that they are broken up. That's Hollywood for you! The real question here is, who pulled the plug on this adorable relationship? It seems like Sabrina Carpenter was the one to break up.

They were pretty private as a couple and no one really knew when did they exactly start dating. However, in June of 2015, Sabrina revealed that Bradley asked him out with a message in a bottle. And later that year there were rumors of the couple splitting up.

Why did Sabrina Carpenter and Bradley Steven break up?

When fans found out that Sabrina's dad had unfollowed Bradley on Instagram and Twitter and Bradley was favoriting shady tweets, it was pretty much confirmed that the Disney couple had broken up.

So Sabrina dad unfollowed Bradley on Instagram and Twitter. And I think we can all say Bradley broke up with Sabrina.

Also, Austin North posted a video from their flight to Las Vegas where Bradley was sobbing. Take a look at it yourself.

After a minute, Bradley tweeted:

.@austinnorth55 Taylor got me in tears

As to the reason for Sabrina Carpenter's and Bradley Steven's break up, fans speculated that Bradley didn't quite like the fact that Sabrina had so many guy friends or was simply jealous, and the matter led to their break-up.

Whom did Sabrina date After Bradley Steven?

It was rumored that after breaking up from Bradley Steven, Sabrina Carpenter dated Amir-Mitchell Towns, who is an actor from Girl Meets the World as well. There wasn't a big fuss about this relationship. She was also rumored with another actor from GMW, Peyton Meyer, however, that rumor was pretty baseless.

But, Sabrina Carpenter allegedly dated Corey Fogelmanis, another actor from Girl Meets world from 2015-2016. And of this one we have receipts:

First, there was an Instagram video posted by the Girl Meets The World Actress where Corey Fogelmanis says;

"This morning I realized that I loved you." "Oh my god, it only took three years,"

"Yeah, but we finally got to that place where I could open up to you."

Check out the Instagram video from Sabrina Carpenter. Captioned as @coreyfogelmanis had a breakthrough and I realize it's taken* not took

Bradley Steven noticed via his co-star Paris Berelc the whole drama between Sabrina and Corey:

And all the while Sabrina was romancing Corey and being cute on Instagram:

It seems like they never dated. Sabrina Carpenter and Corey Fogelmanis have mentioned on various occasions that they are the best of friends and like family and not a couple.

Well, neither Sabrina nor Corey has officially announced their affair publicly. So, we can assume that their fans want to see them as a perfect couple.