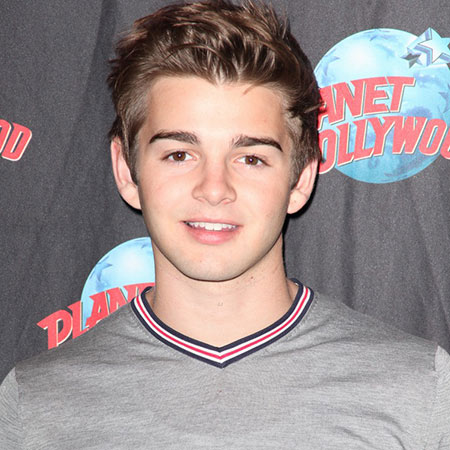 Jack Davis Griffo, an actor and a singer,  was born on 11 December 1996, in Orlando, Florida, U.S.A. Jack is now playing the role of ' 'The Thunderman' as  Maximus Octavius 'Max' Thunderman in the Disney Series. He first appeared in the show 'Kickin it and 'Bucket & Spinner's Epic Adventures. Jack made frequent appearances in the Disney and Nickelodeon series. Besides acting,  Jack is also involved in singing, he has dozens of YouTube covers and also has even released some solo songs.

Jack Griffo  grew up with theatre-geek siblings, which helped him to initiate his career.  Jack signed his first commercial at the age of two. Later, when he was in seventh grade,  he got a chance to be a part of "A Christmas Story' and 'To Kill a Mockingbird' in a community theater. Later, Jack's talent was highly praised by a local talent manager and encouraged a trip to Los Angeles for agent meetings which lead him and his family to relocate to LA in 2010.

Jack Griffo did his first move in 2011 after being the part of several shows like 'Kickin it', 'Bucket & Spinner's Epic Adventures'. Jack continued to make multiple guest appearances in the Disney and Nickelodeon series like 'Jessie' in 2011, 'Marvin Marvin' in 2012 and 'See me Dad' in 2012. These appearances ultimately lead him to his lead role in Nickelodeon's The Thunderman.

Along with acting, Jack Griffo has been taking his singing career very seriously. He promotes his songs through YouTube channel posting different music covers. Jack, in October 2011, released 'Hold me' as a single title with his friend Kelsey.  The video of  'Hold me' received over 4 million views after it was uploaded on YouTube.

Jack Griffo also released his debut single solo, 'Slingshot' on 13 November 2013 featuring Douglas James. The song was released on Jack's YouTube on 14 January 2014 and has more than 1.8 million views.