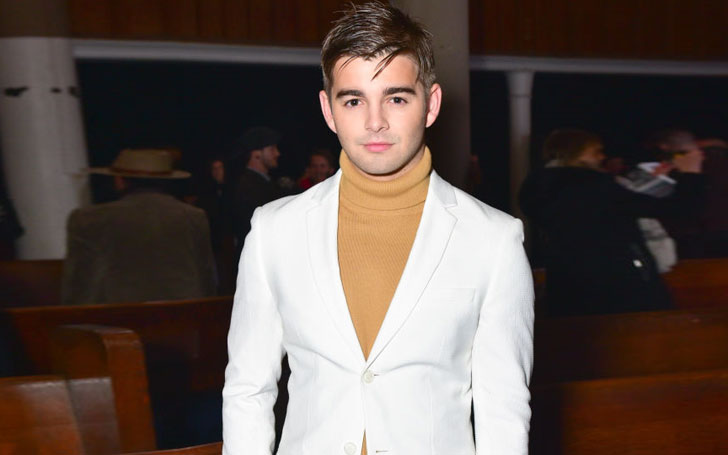 Jack Davis Griffo is an American singer and an actor. He came to the spotlight from his role as Max Thunderman on the Nickelodeon series "The Thudermans".

Also the actor of movies like Spitting Adam and Jinxed, Jack Griffo is apparently now in a relationship! There have been rampant rumors that he is actually dating his on-screen sister Kira Kosarin. However, it seems like #Jira isn't going to be a real thing.

Jack Griffo isn't dating Kira Kosarin but someone else!

Who is Jack Griffo dating?

Sorry ladies! Jack Griffo is taken. The Thundermans star Jack Griffo is dating Paris Berelc. Berelc is a Filipino actress who came into the spotlight for Mighty Med. According to who’s dated who, the couple started dating in January 2017.

The dating rumors sparked around Paris' 18th birthday in December 2016 as Jack Griffo threw a major birthday bash. As per sources, after her birthday bash, Paris Berelc and Jack Griffo went to Lake Tahoe for the 2016 SnowGlobe Music Festival.

Part 1 // I am so incredibly blessed to be surrounded by the greatest people in the world. My family and friends gave me the best birthday gift I could've asked for... them. For all of them to be in my life is a gift to me. I cried probably 4 times last night because the amount of love I felt and they give is so amazing. I can't describe how much I love each and every single one of you. Thank you guys for being a part of my life.

Also, when you surf through Jack Griffo's  Instagram account, you will encounter numerous pictures posted by Griffo with Paris Berelc, it clearly shows they are more than just good friends. They are the new and cute couple in Hollywood town.

I'm wherever you are , I'm proud of you xoxo

I remember looking at this picture and being too shy to post it. Happy Valentine's Day from me and Jacky Boy

Happiest Place on Earth with the Craziest People on Earth. Hope you had a good birthday Griffo :)

Jack Griffo's Past Affairs and Girlfriends

There were rumors of Jack Griffo dating her co-star Kira Kosarin. But the rumors faded after Griffo and Kira Kosarin cleared it out for everyone saying they couldn't be more like brothers and sisters.

Later in 2013, Jack Griffo  was said to be dating American actress Ryan Newman. They worked together in See Dad Run in 2012. The couple also got a chance to work together in the Nickelodeon series "The Thundermans". The couple dated from 16th June 2013 till 2016.  After dating for around 3 years, the couple got separated in 28th August 2016.

Jack Griffo has already moved on and is now dating Filipino beauty, Paris Berelc. The couple looks perfect and happy together.