Are Kira Kosarin and Jack Griffo, brother and sister from The Thundermans, actually dating? 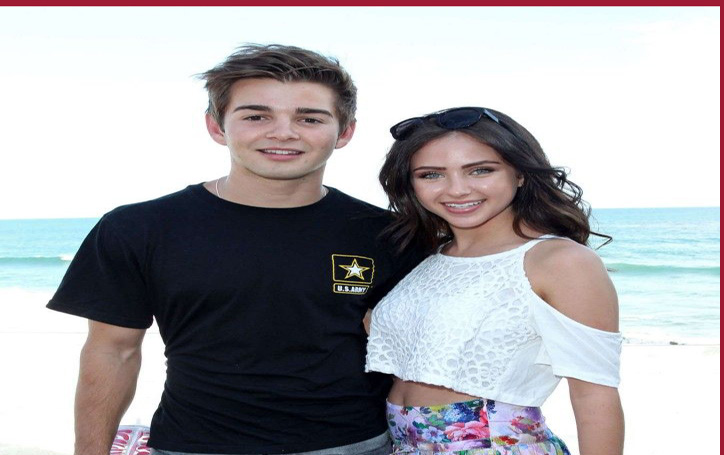 Remember the Nickelodeon show The Thundermans? Even more specifically, do you remember Kira Kosarin and Jack Griffo who play brother and sister on the show?.Well, they might be dating in real life. It's kind of weird, but well reel life and real life are two different things!

The news that Kira Kosarin and Jack Griffo from The Thundermans are dating is just a rumor for now. And how did the rumor start? Well, They both seem to be spending a lot of time together to give media the feed they need to start a dating rumor.

Are Kira Kosarin and Jack Griffo, brother and sister from The Thundermans, actually dating?

It is obvious that Kira Kosarin and Jack Griffo spend lots of time together as they are back to shooting together. And if you go through Jack's Instagram account and look through several of those posts, you'l go ''Oh he's definitely dating Kira''. Well, is it true? Are the on-screen brother and sister actually girlfriend and boyfriend in real?

When Griffo posted pictures of wedding outfits, Kira in a gown and him in a suit, on Instagram, all their fans became absolutely sure that these two were so in love.

Sorry to break your #Jira hearts but it seems they were just pulling a prank on all your vulnerable fangirl and fanboy hearts.

you guys guessed it #jira

You salty, @kirakosarin ? This Saturday night is the 2017 KIDS CHOICE AWARDS !!!

But wait!  The reality behind all these photos is quite different than the story being circulated in the media/ Actually, the couple is not dating. Kira Kosarin and Jack Griffo spoke in their recent interview about the wedding outfit picture. They revealed that they just tried to trick their fans.

We’ve been posting pictures because we're always together and we're both social media obsessed teenagers. Everyone's been commenting "Jira," as a ship name, and we just think it's the funniest thing ever because we couldn't be more like brother and sister."

Jack Griffo explained that.in a difference of few days, Kosarin was wearing a wedding dress and he was dressed in a suit. And they decided to post the pictures to trick their fans! This is the reason behind the photo, nothing else!

Kira even answered a fan

The most disheartening fact about this whole thing is that Jack Griffo is dating Paris Berelc whereas Kira Kosarin is said to be single at this moment.

As per sources, Kosarin and Griffo are quite happy to act like a sister and brother and this is what their relationship actually is. They will be talking, hanging out and spending tons of time together but that does not mean they are dating.