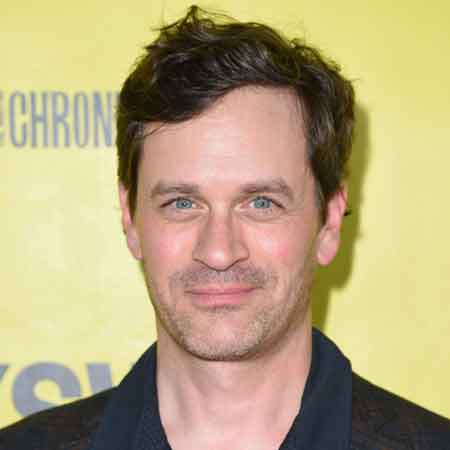 American actor, Tom Everett Scott is best known for his role, drummer Guy Patterson in That Thing You Do!. He is active in the entertainment industry since 1993 and to date, he has worked in numerous movies and TV series. Some of his critically acclaimed work includes An American Werewolf in Paris,  Boiler Room, One True Thing,  La La Land,  Southland, Reign. As of 2018, Scott starring in the TruTV sitcom, I'm Sorry.

In 1992, Scott graduated from Syracuse University majoring in drama. He has English, Scottish, German, and Irish, ancestry.

Tom Everett Scott started his acting journey in 1993 in the recurring role of Matthew in ABC popular sitcom, Grace Under Fire. He got his major role in 1996 in That Thing You Do! where he played the role of Guy Patterson.

Then he appeared in a number of films including  An American Werewolf in Paris, Dead Man on Campus, The Love Letter,  Boiler Room which helped to boost his film career.

Scott starred in the series Philly as a lawyer, the show was critically successful but due to the poor ratings, it was canceled after one season. Some of his popular screen credit includes Because I Said So, Saved, Cashmere Mafia,  Race to Witch Mountain, Tanner Hall, Sister Cities and many more.

In 2016, Scott was cast in the film La La Land as David. The following year, he co-starred in the movie, Diary of a Wimpy Kid: The Long Haul. As of 2018, he is a s sociated with the TruTV sitcom, I'm Sorry, starring alongside Andrea Savage.

Everett has an estimated net worth of $4 million which he acc u mulated from his acting career. He earns $700k-$1m for his appearances in movies and TV series.

He has appeared in a number of box-office hit movies and some of them are enlisted below,

Tom Everett Scott is happily married to Jenni Gallagher. The couple tied the knot in 1997 at an intimate ceremony surrounded by their closed friends and family members. The pair is the proud parents of two children, a son, Finn Scott and a daughter, Arly Scott.

Check out the video of Tom Everett Scott,