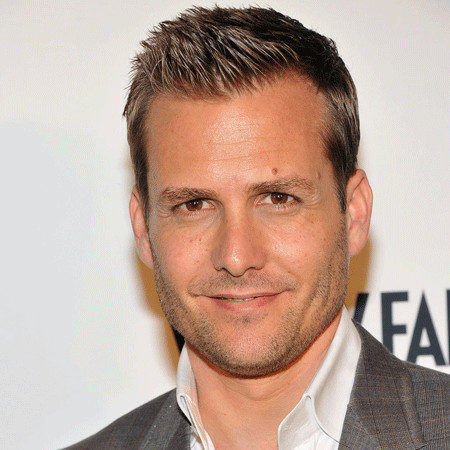 He was born on January 22, 1972, at The Bronx, New York. He is the son of actor Stephen Macht and his mother is Suzanne Victoria Pulier a museum curator. He grew up in a Jewish family with three siblings, Jesse, Ari, and Julie.

Gabriel’s acting career started when he was just eight. He played under the stage name Gabriel Swann in the movie Why Would I Lie and even won the Best Young Motion Picture Actor Award for his role in the film.

He then appeared in various film and television roles for Because I Said So, Archangel, A Love Song for Bobby Long, The Recruit etc. He also appeared on the 2001 film entitled Behind Enemy Lines. For this film, the hangar bay #3 of the USS Carl Vinson was chosen, where he had to spend a week at sea. The film was filmed on the flight deck, corridors, and hangar.

Macht’s next endeavor was playing the lead role in The Spirit, Frank Miller’s 2008 adaptation of Will Eisner’s comic of the same name. This film did not do well in the box office. But, his role was critically analyzed and liked. He also got a cult following owing to his role.

Macht was signed into the drama Suits by the USA Network on July 2010. Its original working title was A Legal Mind and this drama gave him critical acclaim. Its success had an effect on his career and he has also been deemed to be the co-producer of the show. It has been renewed for a 16 episode 5th season owing to its popularity.

Gabriel Macht's Net Worth And Salary

Gabriel Macht's net worth $8 million at present. He has earned a decent amount of salary from his career. He has worked in many movies and TV shows in his career garnering rave reviews and multiple acting nominations.

He has appeared in such television programs as "Sex and the City", "Wasteland", "The Others", and "Numb3rs", and in such films as "The Object of My Affection", "The Adventures of Sebastian Cole", "Behind Enemy Lines", "The Spirit", and "Whiteout".

His movie credits include Breaking at the Edge, A Bag of Hammers, S.W.A.T: Firefight, Middle Men, The Spirit, American Outlaws, The Adventures of Sebastian Cole, and The Object of My Affection.

Gabriel Macht stands at a height of 6 feet and weighs 78 kilograms. This actor is at the top of his career and has acc u mulated a lot of fans from all over the world. He is active on Twitter and Instagram with thousands of followers.

Australian actress Jacinda Barrett is Gabriel’s wife. They married in 2004 and have been going strong till now. Despite rumors about their divorce, they are still together with two children. Their first child, daughter Satine Anais Geraldine Macht was born on August 20, 2007.

Their second child, son Luca was born on February 26, 2014. Suits costar Sarah Rafferty is his best friend. They have been friends for the last 22 years since they met at the Williamstown Theatre Festival in 1993. He is a vegetarian and is an avid supporter of green living.