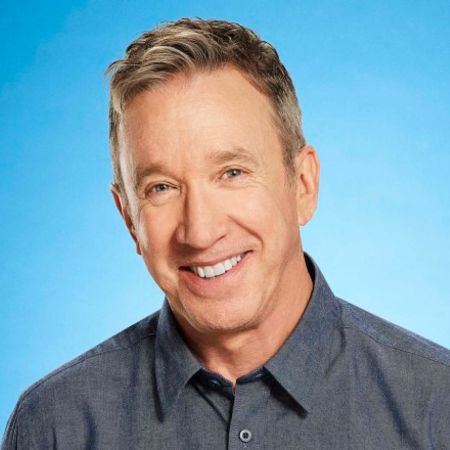 American actor Timothy Alan Dick is known widely with his stage name as Tim Allen. He is an actor and comedian, who has been nominated in Golden Globes 5 times, including one win. His acting skills can be seen in movies like The Santa Clause trilogy, Big Trouble, The Shaggy Dog, and Wild Hogs. He also has given his voice in the Toy Story franchise.

Net Worth of $80 Million

The 66-year-old actor, Allen, has been active in Hollywood films and television series for more than four decades. From his acting career, he has gathered $80 million net worth.

The major part of his net worth is generated from his career as an actor. Allen has appeared in various television series and silver screen movies and collected a huge salary from his work-some of them are listed below.

Tim Allen appeared in movies which done well business well commercially. Here are some of his works.

Tim Allen is pa s sionate about cars, he owns all those cars which he had collected as a toy in his childhood.

Some of the cars he owns are listed below:

Tim Allen was born one of six children of Martha Katherine and Gerald M. Dick. After his father's death, his mother remarried and settled in Birmingham, Michigan. He grew with his five siblings and three more siblings from his stepdad's previous relationship.

Tim went to Seaholm High School in Birmingham, where he was interested in theater and music cla s ses. After completing his education, he went to Central Michigan University, however, dropped from there to join Western Michigan University.

Allen received a Bachelor of Science degree in communication in radio and television production with a minor in philosophy and design in 1976. Allen was awarded an honorary fine arts degree and the Distinguished Alumni Wards from Western Michigan in 1998.

Tim Allen debuted in 1988 with a small role in the movie Tropical Snow. He made his television debut from the main role of Tim Taylor in Home Improvement in 1991. After three years, he got the major role of Santa Claus in the movie The Santa Clause. A year later, he won the Golden Globes Award for his role in the television series Home Improvement.

He voiced for the character Buzz Lightyear in a movie Toy Story in 1995 and continued to work as a voice artist in other installments of Toy Story. 2004, he was introduced to Hollywood Walk of  Fame at 6834 Hollywood Boulevard for his contributions to the film industry. 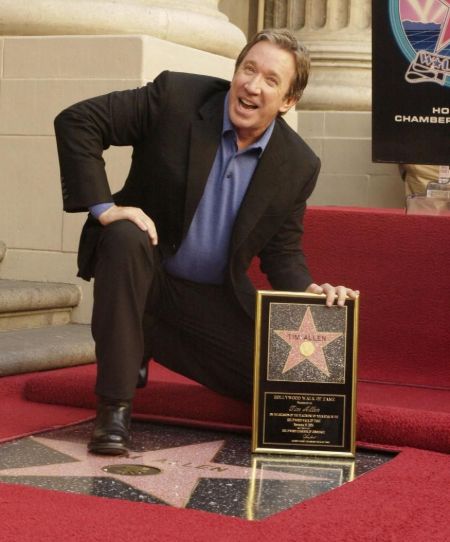 In 2011, he got the main role as Mike Baxter in the small screen project, Last Man Standing.

Tim Allen is married twice and has two children. He is currently married to actress Jane Hajduk, with whom he tied the knot on 7th October 2006 in a small wedding ceremony in Grand Lake, Colorado. 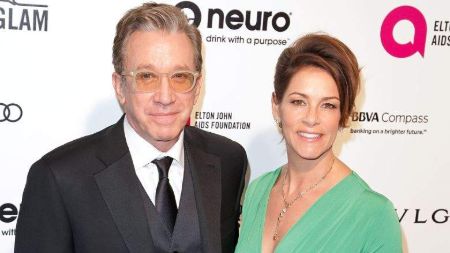 Allen and Hajduk welcomed their first child, a daughter Elizabeth in 2009. The couple lives a happily married life with their daughter.

Previously, Allen was married to his high school sweetheart Laura Deibel. The ex-lovebirds who got married on 7th April 1984 gave birth to a daughter Katherine Allen. After a years-long marital relationship, the couple divorced on 1st March 2003.

Besides, the actor spent 28 months in jail for possession of drugs and drug-dealing starting in 1978.