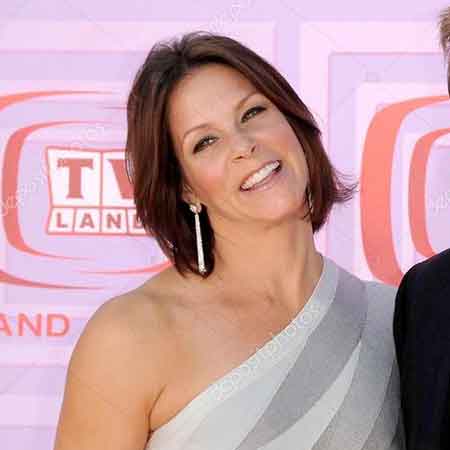 People mostly knew her for being the wife of popular actor and comedian, Tim Allen but beautiful Jane Hajduk is more than just a celebrity wife. She is also an actress who is known for playing Researcher Taylor in the family superhero adventure comedy film, Zoom. Besides, she has also worked with her husband in several projects including The Shaggy Dog and Joe Somebody.

An actress and the mother of two, Jane is a perfect representation of any woman who works behind the scenes to make their man successful.

Jane Hajduk was born on 26th October 1966, in Oil City, Pennsylvania, United States to father Elizabeth Hajduk and mother Matthew J. Hajduk. She was born under the birth sign Scorpio.

Nothing much is known about Hajduk's early life, education as she has not revealed to the media.

Jane Hajduk started her career in the movie Nothing Man in 1993 as Meagan. And after 5 years in 1998, she made a guest appearance in the sitcom Chicago Hope as Lisa in the episode Wag the Doc.

In the year 2001, she appeared in Joe Somebody with her husband and actress Kelly Lynch in which Hajduk starred as Club 13 receptionist and later in 2004 she starred in the sitcom named Navy NCIS: Naval Criminal Investigative Service in a role of an Attractive Woman in the episode Eye Spy.

Moreover, she is listed as the Producer on the 2018 Television Short Series, ‘The Watch’ which is currently in pre-production.

Jane Hajduk's Net Worth And Earnings

As per the sources, Jane Hajduk has an estimated net worth of around $1.1 million. As she is involved in charity works she has contributed alongside her husband to the Elton John AIDS Foundation.

Her husband Tim Allen who is an American actor has a net worth of $80 million and his salary is $235 thousand per episode. In the year 2014, he collected a struggling amount of around $15 million for her work in TV series, the Last Man Standing, stand-up comedy stint in Las Vegas, and other projects. In the year 2011, he also purchased a three-bedroom mansion for $1.4 million in Hollywood Hills, California.

In the same year, Allen made $22 million from his works from Toy Story 3, and other previous movie projects. And in 2001, he was paid around $12 million from the movie Joe Somebody.

In the year 2006, the actress played the role in the family comedy film The Shaggy Dog which also became the quite hit at the box office grossing over $87 million whereas its producing cost was $50 million. In the movie, she played the role along with Robert Downey Jr., Jane Curtin, Kristin Davis, Danny Glover, and Spencer Breslin.

Jane Hajduk married her longtime boyfriend, Tim Allen in October 2006. Allen is an American actor and comedian, known for playing Tim "The Toolman" Taylor on the ABC sitcom Home Improvement.

They had a private outdoor wedding at Grand Lake, Colorado, where Katherine who is her stepdaughter was also one of the attendees. The couple also dated for several years before walking down in the aisle.

Together the couple has one daughter named Elizabeth Allen Dickon March 28, 2009, whom she welcomed after three years of marriage. Prior, Allen was married to Laura Deibel, who was also involved in the entertainment industry but they divorced on March 1, 2003.