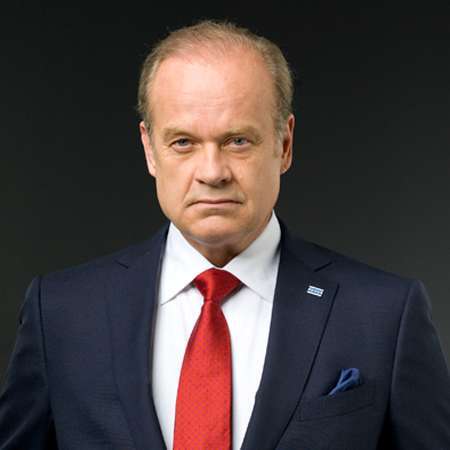 Kelsey Grammer was born on February 21, 1955, and his current age is 61 years. Kelsey was born in Charlotte Amalie, United States and he was raised in Charlotte Amalie and Florida. Grammer was born as the son of Sally and Frank Allen Grammer, Jr. His mother was a housewife and his father had a coffee shop and a bar. Kelsey’s nationality is American. According to his ethnicity, he is White and he belongs to American descent. H e has a one Karen Elisa Grammer, who is two years younger than Kelsey.

Kelsey Grammer in his early stage of his career, he had a three-year internship with the Old Globe Theatre. And he made his career debut in 1982 from the play Macbeth, where he played the character of Lennox. Kelsey has also been featured in many other plays and dramas.

Kelsey was featured in TV miniseries Kennedy, in the character of Stephen Smith in 1983. In 1984, he made his acting presence in an American television soap opera Another World. Starting from 1984, he appeared in the character of Dr. Frasier Crane in an American TV series Cheers, where he was featured in 201 episodes of the series. And for his fantastic role in the series he was even nominated for Primetime Emmy Award for Outstanding Supporting Actor.

Grammer was also featured in the 264 episodes of an American sitcom Frasier and he won several awards for his acting role in the series including American Comedy Award, Golden Globe Award, Satellite Award, and Screen Actors award.

Kelsey Grammer got the chance to present his acting skills in the movies like X-Men: The Last Stand, An American Carol, X-Men: Days of Future Past, Transformers: Age of Extinction and much more. He has also been crowned with many awards for his acting role in the movies, including Golden Raspberry Award.

Kelsey Grammer has been married for four times and his current relational status is married. He was married for the first time with dance instructor Doreen Alderman in 1982. And after six years in the relation, they separated in 1990.

After his divorce with her first wife, he started dating Leigh-Anne Csuhany and he was married for the second time with 1992, but the married did not last for more than one year. As his third marriage, he was married to an American television personality Camille Grammer and he married her in 1997, with who he shared a relation for a long time for about 14 years.

Currently, he is married to Kayte Walsh with who he married in 2011. And he currently lives with his spouse in Manhattan. Kelsey has six children and one grandchild from her daughter Jude Gordon Grammer.

Grammer’s all information and his bio is updated on his personal website and Wiki. Grammer has the huge net worth of 60 million dollars but his salary is unknown. There are no any facts relating twins.