The Wait Is Finally Over: HBO Releases Game Of Thrones Season 8 Trailer 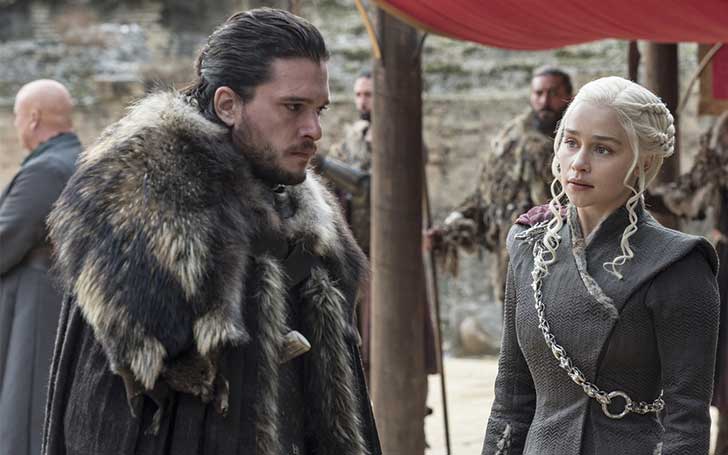 Around 2 minutes long trailer starts with Arya Stark, played by Maisie Williams  breathing heavy in the darkness and she says:

I know death. He's got many faces. I'm looking forward to seeing this one.

The trailer further shows Jon Snow (Kit Harrington) and Daenerys Targaryen (Emilia Clarke) along with her army of Unsullied arrived in Winterfall. Meanwhile, Sansa played by Sophie Turner seemed stunned to see the two dragons while Arya appeared mesmerized by the giant creatures.

Days after the release of the initial teaser of the last season, Maisie Williams aka Arya Stark revealed to her fans that they will not be satisfied with the unexpected ending of the show. On the other side, avid GOT fans have made their own assumptions about the final season, however, we are yet to see if the fanmade assumptions turn true or not.