Ten Important Players Who Could Miss The World Cup 2018 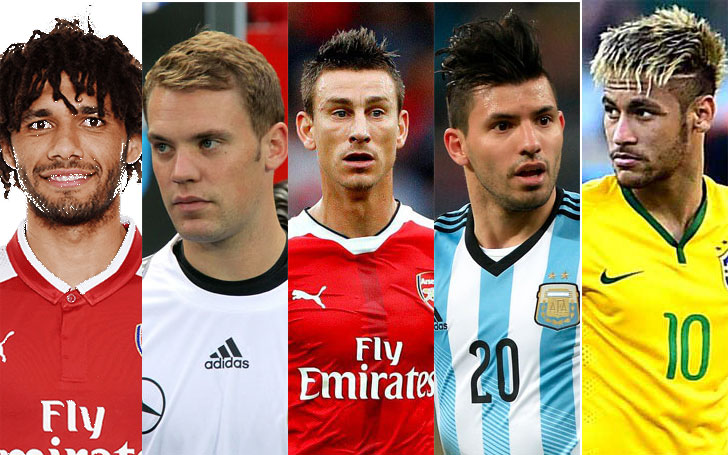 World Cup 2018 is inching nearer and most of the fans are now getting excited about the tournament day by day. Many professional players, as well as many, are making their debut at the tournament.

Here’s the list of 10 players who could miss their game in World Cup 2018 due to injury.

The injury indicates the end of his international career, as the professional defender was retiring after the tournament in Russia.

Brazilian forward, Neymar may not play in the 2018 World Cup, as a broken foot has kept him out of the game since February. He suffered a fractured foot in a game against rivals Marseille at the end of February.

As per some online sources, Neymar is back in training with PSG as the Brazil star aims to recover from injury for the World Cup.

Professional German defender, Jérôme Boateng could miss the World Cup after he suffered a thigh muscle injury. His participation with Germany at the 2018 World Cup is in doubt after picking up the injury in the 34th minute of Bayern Munich’s Champions League semi-final game against Real Madrid.

Mohamed Elneny’s ankle damage suffered against West Ham has made his participation in the 2018 World Cup in doubt. The Arsenal star suffered the injury during the Gunners clash with West Ham.

Sergio Aguero has been sidelined with a knee injury and hasn’t featured for Manchester City since the 1-0 victory over Chelsea on March 4. He has been ruled out for the rest of the Premier League season and is fighting for his recovery until the World Cup.

Youssef Msakni has been ruled out of the World after he suffered a knee injury. The professional winger damaged his cruciate ligament in the final league match of the season. His team made a 5-2 victory over Al Sailiya clinching their sixth league title.

The Argentine midfielder, Lucas Biglia after suffering a back injury while playing for Milan. Fans are awaited for further news on the status of midfielder after he fractured two vertebrae in club action for AC Milan. His injury has become a major doubt for Argentina in the 2018 World Cup.

John Stones’ abductor injury has kept him out since early March. The centre-back is working on his recovery, as World Cup is going to start in a month. He intended to return for Manchester City by the end of the season, though this is not certain.

Professional German goalkeeper, Manuel Neuer who has become one of the world’s finest goalkeeper, is suffering from bone marrow edema. He resumed his first team training for Bayern Munich and is still unclear if he will feature in Russia.

Gylfi Sigurdsson’s chances of playing for Iceland in the 2018 World Cup have come into doubt, with the playmaker's knee injury expected to rule him out for six to eight weeks.

Sigurdsson suffered from the injury during Everton's Premier League game against Brighton, which was won by Everton.