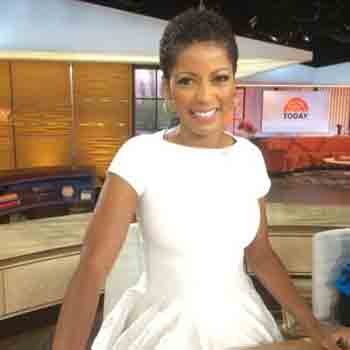 Tamron Hall is an American Broadcast Journalist who worked formerly as a national correspondent for NBC News. She was also the daytime anchor for MSNBC and hosted MSNBC Live with Tamron Hall. She was also the co-anchor of Today’s Take, the third hour of Today. Tamron Hall now hosts Deadline: Crime for Investigation Discovery channel. Hall spent one decade in NBC network from 2007-17. During her tenure with NBC, she interviewed numerous personalities including former POTUS Barack Obama.

Tamron Hall was born on September 16, in 1970 in Lulling, Texas, the United States under the birth sign Virgo. She grew up with her mother Mary Newton and with her stepfather. Her stepfather was very kind, loving and caring for her. He is the one who inspired her to be a journalist from her childhood.

#tbt. #thewonderyears When you stumble upon pics your mom keeps sending and you keep deleting lol.

Tamron always had a dream to be a renowned journalist in America. Following her dreams, she went to Temple University where she studied Bachelor of Arts in Broadcast Journalism.

Tamron Hall initially worked in a position as a general assignment reporter at KBTX network of Bryan College Station, Texas in the year 1992.

Moreover, Hall served for the network until 1994 and moved to the KTVT network based in Fort Worth, Texas where she served for three years from 1994 till 1997. Then after, she moved to WFLD-TV based in Chicago where she spent a considerable number of years. 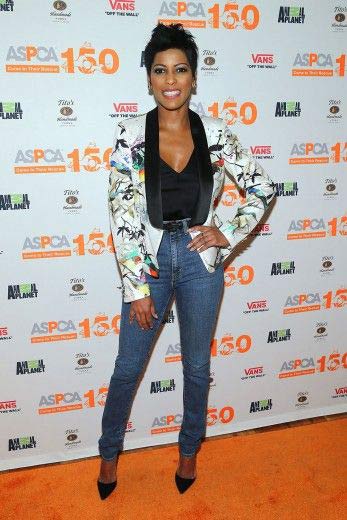 She has reported on the issues related to Chicago politics as she lived in Chicago while serving at the television station. In 2007, Tamron Hall was associated with MSNBC and served the network afterward with her talents. Tamron Hall left the show furiously in 2017 after knowing that she would lose her 9 a.m show because of former Fox News host Megyn Kelly.  In 2017, she also with Harvey Weinstein produced a daytime talk show.

In February 2017, Tamron Hall released a joint statement confirming that Hall departed from NBC and MSNBC. She then left the network and joined Discovery Channel. She hosts Deadline: Crime on Investigation Discovery channel.  Further, she also hosted the program MSNBC Live with Tamron Hall and Today's Take.

On 8th August 2018, it was announced that she entered an agreement with ABC to produce a daytime talk show which will be host by herself. Besides, her works helped her to get nominated for an Emmy Awards several times.

Tamron Hall's Net Worth And Charity

Tamron Hall’s net worth is $5 million, as of 2018 according to Celebrity Net Worth. She has amassed a hefty amount of net worth from her ten years plus journalism career. She spent ten years at MSNBC news source as a national correspondent and news anchor.

During her tenure with NBC, Hall averagely earned a salary of $1million at the NBC network. She left the network in 2017 and joined the Discovery network. She has a lavish life; she wore expensive ornaments and jewelry. She also has a luxury car. Hall also owns a deluxe house in Manhatten. As per several sources, Megyn Kelly, a TV host earns more salary than that of Tamron Hall and Al Roker's Combines.

Tamron Hall has also involved in several charitable works and movements. She has also raised fund for various organizations who work for HIV & AIDS, Poverty, Rape/Sexual Abuse and Human Trafficking.

Tamron She prefers to keep on a low profile on her personal affair and relationship. Previously, she was rumored to have dated the 66-year-old Lawrence O’Donnell and the latter was her boyfriend. The couple was also rumored to be married. The two has kept their relationship very confidential, apart from their sightings together in some places.

Furthermore, Tamron Hall even revealed in an interview that she has been engaged twice but has escaped the marriage both times. The weddings were set in Las Vegas and Cozumel which were likely to happen but ended unfinished.

Previously, she allegedly married David Hall. But, she has not said anything about it. She never mentioned that her ex-boyfriend was David Hall. Without any doubt, there is a long queue of fans of Tamron as she is beautiful. She has a long list of male fan-followings as her marital status suggests she is still unmarried.

Besides, Hall prefers to share her special moments with her fans. She is active on Instagram and posts her personal and professional affairs. She is a food lover and tastes different varieties of food.

Lunch in #Luling. Enjoy your salad lol. Next time I will bring you. I promise. #texas day trip. No place like home even for just a few hours

Tamron Hall has a very balanced and maintained body. She stands at a height of 5 feet and 9 inches and has a healthy and matching body mass to her height. Moreover, she weighs 58 kg. She is very conscious of what she eats and performs exercises regularly. Her body has a measurement of 36-27-36 inches. As of 2018, her age is 49.

Her long, toned and sexy pair of legs have been the enhancer of her charm. She looks outstanding in any of the outfits she fits in. She also has a very good choice in outfits. She has a pair of brown colored eyes and black hair. She is generally seen in short hair, which has been her trademark. She can compete with most of the models as she has a winning appearance, grace, and charm even in her 40s.

Check out the interview with Tamron Hall: 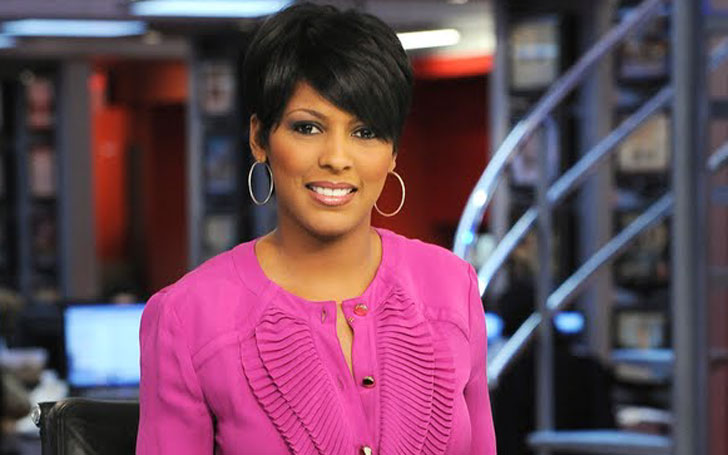 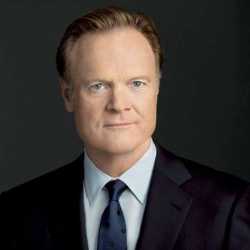 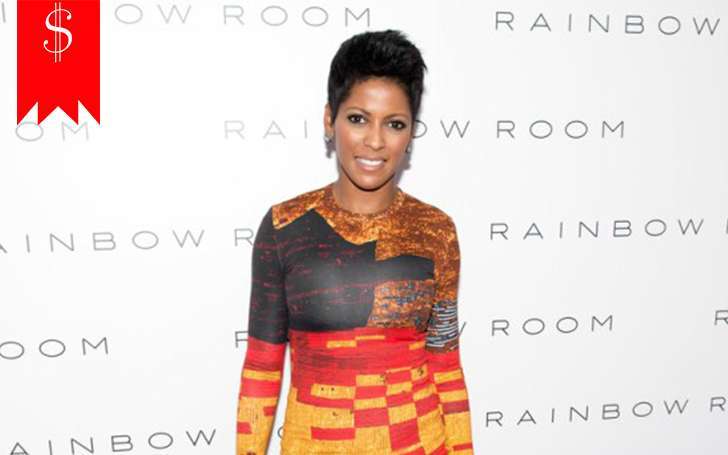