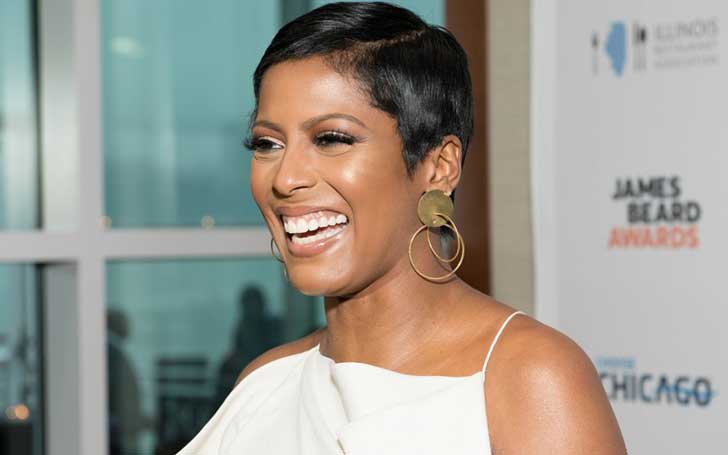 Tamron Hall is over the moon!

The former Today host, Hall, 48 has announced she is expecting her first child with her husband Steven. She revealed she is 32 weeks along with her first baby.

She announced her secret wedding to her husband along with her pregnancy on Monday, 4th March alongside a series of images revealing her growing baby bump.

"I’ve wanted to share this news for many months and now finally my doctor has said I am in a safe place," wrote Hall alongside her photos. Check out her photos:

I’ve wanted to share this news for many months and now finally my doctor has said I am in a safe place, at 32 weeks, to share my joy with y'all. So, it’s clear a daytime talk show isn’t the only thing I’ve been trying to produce! There have been many tears, but today I embrace the smiles. My husband Steven and I are beyond excited! We're in constant prayer, so if you pray, add us to your list; if you meditate, send calmness our way; and if you believe in luck, we’ll happily take that too. More to share in a few weeks when the baby arrives! Next chapter! Blessed and Grateful.

Further, Hall also shared their upcoming baby will join the couple in a few weeks. She teased her announcement earlier in an Instagram video where she can be seen dancing to "Baby Shark" and holding a related book in front of her belly.

Hall kept her relationship under the wrap, however, she spilled the beans with Steve Harvey in February 2017 when she said she had a boyfriend who also worked in the "entertainment industry."