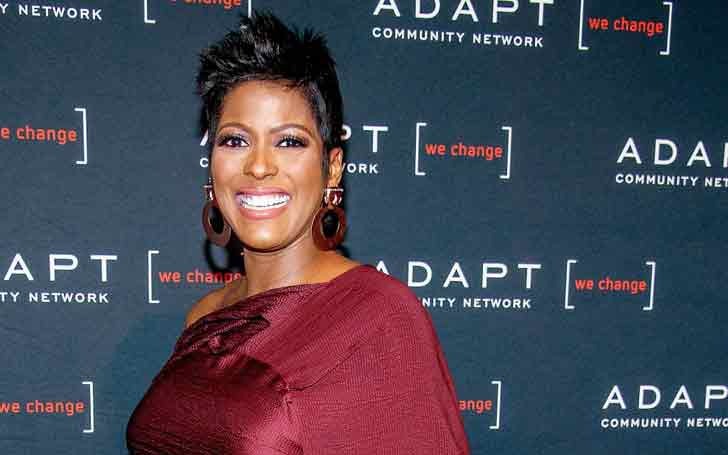 The former Today host who is to start a brand new show on ABC later this year, welcomed her baby boy early Thursday morning. She took to her social media sharing a photo of herself cradling her sweet newborn.

Moses & Mama!! I can’t wait to introduce y’all to my #sonshine. Photo credit: Dad who can’t stop crying tears of joy. Thank y’all for the love and support. It got us here.

The former television presenter who has been out of the daytime show for over two years announced her pregnancy on 4th March through a social media post. In the post, Hall also confirmed she was 32 weeks along with her baby.

Moreover, she also announced her secret wedding to her husband Greener in the same post. Here is the post:

I’ve wanted to share this news for many months and now finally my doctor has said I am in a safe place, at 32 weeks, to share my joy with y'all. So, it’s clear a daytime talk show isn’t the only thing I’ve been trying to produce! There have been many tears, but today I embrace the smiles. My husband Steven and I are beyond excited! We're in constant prayer, so if you pray, add us to your list; if you meditate, send calmness our way; and if you believe in luck, we’ll happily take that too. More to share in a few weeks when the baby arrives! Next chapter! Blessed and Grateful.

She kept her relationship with her husband Greener secret from the media for most of the time, however, she had once revealed she had a boyfriend who worked in the "entertainment industry" during her appearance in Steve Harvey's show.